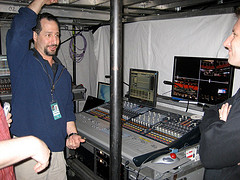 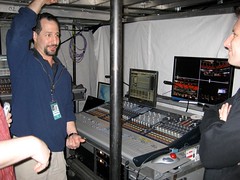 I’m in the throes of some big projects right now that hopefully I’ll get around to blogging about once things settle down. In the meantime, I’d like to put our February Webinar on your radar.

This month we’re going to be talking about In-Ear Monitors. We’re going to try something a little different for webcasting the webinar after all the technical trouble we had with Tokbox last time. This month we’re going to try and broadcast using a channel on Livestream. Unfortunately we won’t have all the cameras of everyone listening in anymore, but I’m sure there are probably screen caps floating around on the internet if you want it to feel like the old days. The nice thing about Livestream is we will lose our 20 user cap so for the first time, everyone who wants to participate should be able to get in. Livestream also has a chat window so you’ll still be able to ask questions and heckle us.

For some reason Jason’s, Mike’s, and my schedule are all whacked for February so we’re going to try and do the next one on TUESDAY February 23 at 10pm Eastern, although, I estimate we probably won’t start until 10:05pm since Jason and myself will most likely be watching LOST until 10. Barring any unforeseen technical difficulties, the webinar will also be archived as an iTunes podcast.

TweetShare
If you enjoyed reading this post, please share it!
We’re Going In-Ears for the February Webinar