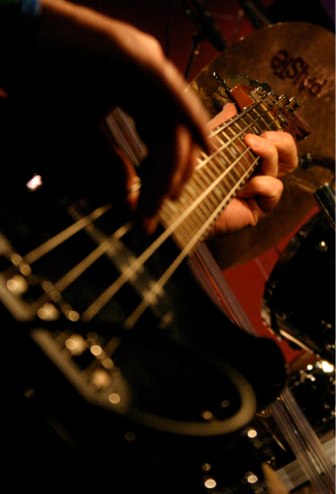 I think it’s been a while since I’ve done a State of the Mix post so here’s a quick one. I’ve been playing with a a few things lately that have been helping me a little with bass in my mixes.

Some who know me will question this, but one of the things I’ve fought from time to time is getting the bass loud enough in the mix. Look, if there’s a bass on stage there will be bass in my mix, but I’m trying to get “a bass” in the mix.

I guess what I’m trying to get at is that I don’t feel like I always get the clarity I want the bass to have. Part of that is from what’s coming off the stage, current trends, and various other theories I currently hold, but part of it is me as well. For instance, sometimes the kick just ends up too loud relative to the bass guitar so they end up sounding separate and disconnected.

I guess I got started on this stuff trying to put bass in my mixes a little differently ever since I went through a Motown phase earlier this year; do a web search sometime for “James Jamerson isolated bass” sometime. Then I started listening to Bernard Edwards playing with Chic and some of the other work he did with Nile Rodgers in the 80’s. Oh, and then there was the vinyl I started listening to again late last year….mmmmmm…the vinyl….that’s probably another story, though….

I wish I could remember where I got this first technique from because I didn’t come up with it on my own. If you recognize this from an article or book somewhere I’d appreciate it if you can leave a comment and tell me where I got this.

One of the things I’ve been doing recently is building my rhythm section without the kick drum. Instead, I’m putting the bass up to sit in the mix as if it’s playing the role of the kick drum. I generally want the kick drum to have the same weight in the mix as the snare drum so with this technique sometimes I just get the whole kit going and pull out the kick or maybe even leave the kick out completely to start. Then I push the bass guitar up to where it has the same weight as the snare. If I don’t have the definition in the bass I’m looking for at that level, I’ll work on it a bit and rebalance things as necessary. Once I’m happy I’ll start bringing the kick drum in to support and emphasize the bass guitar. If you want to know what I mean by this, go listen to Woman in Chains by Tears for Fears or Morph the Cat by Donald Fagen or Baby Be Mine by Michael Jackson or Everybody Here Wants You by Jeff Buckley.

One of the things I’ve been doing for a while that works well with this is keeping my bass guitar input right next to my kick drum input(s). Ultimately I’m really trying to get that bass and kick to play together so I like having those faders right next to each other. This setup also makes this technique very convenient because I can easily toggle between bass, kick, and a blend of the two.

Another thing I’ve been doing with bass guitar lately is compressing before EQ. I started playing with this after Andy Johns passed away earlier this year. I was reading an interview with him where he was talking about compression. Andy Johns was saying that a compressor emphasizes the most prominent frequency in an instrument.

This got me thinking about bass guitars, and the fact that the most prominent frequencies in the basses I mix are low frequencies right from the start. So I started compressing first to emphasize the lower frequencies. I might still do some cleanup first on the channel EQ every once in a while, but my chain right now is typically a compressor into an EQ.

One last thing I’ll leave you with is that sometimes I’m finding it helps to dial in my compression for bass at a low level, although this might be harder to do in some cases without virtual soundcheck. The reason I like this is sometimes it’s easier to hear level changes at lower levels because the quiet stuff will just disappear.

I find keeping the low end of the mix consistent to be very important. When the bass guitar is inconsistent and overly dynamic, it can make the mix feel unstable. Dynamics are fine and dandy as long as their musical. If the bass gets louder in a chorus because the whole band gets louder, that’s great. What I’m talking about is more like level roulette where one note is loud and then the next is soft and then the next is somewhere in between and then loud again and so on and so forth. That kind of stuff needs to be tamed, and I typically do it with a compressor, although I do go for Waves Bass Rider as well from time to time.

That’s all I’ve got for now. So what are some tricks/techniques you’ve been using lately while mixing bass? The comments are open.