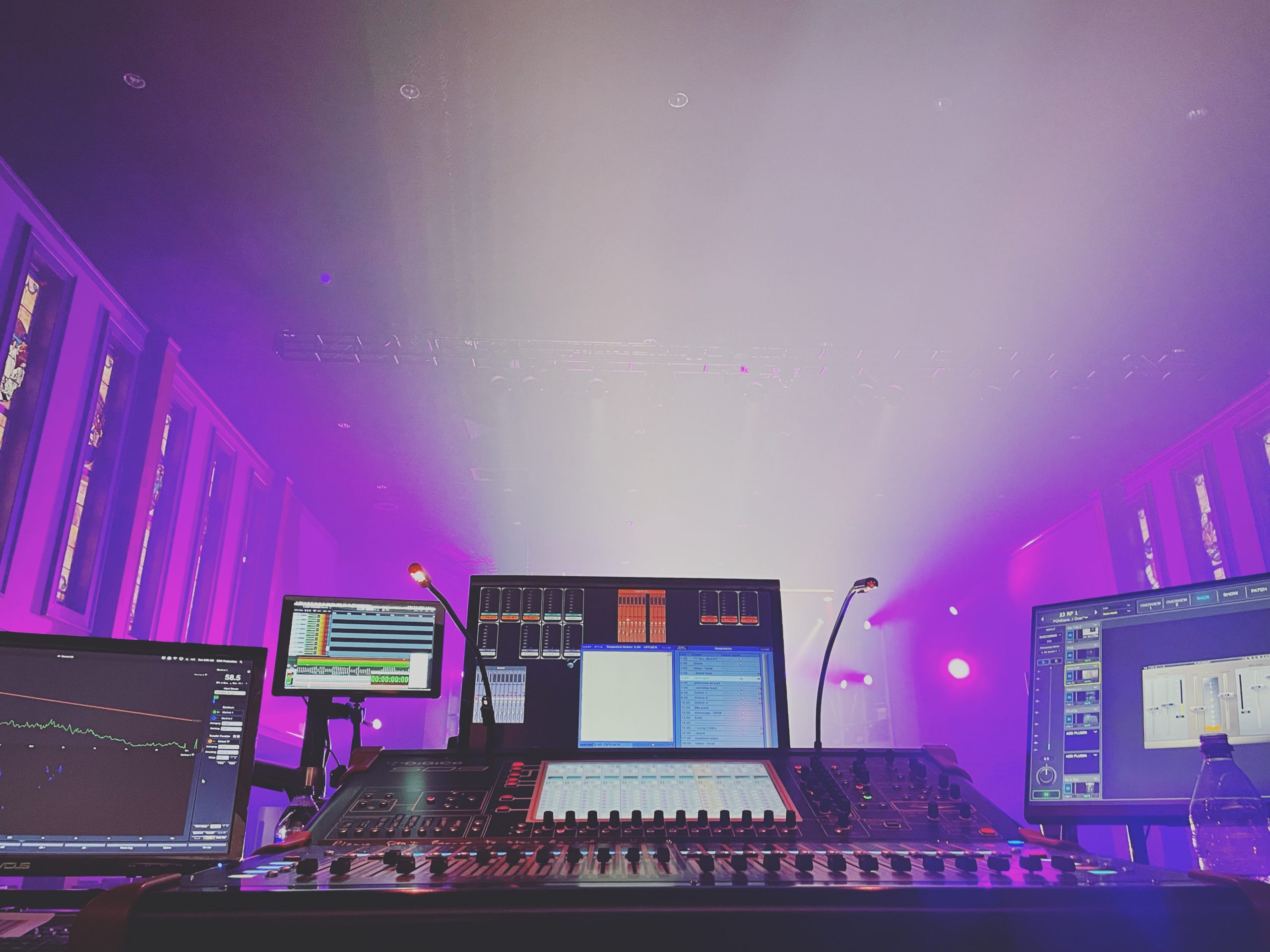 I had a big reminder of how important properly EQ’ing things can be while mixing for my friends at Decatur City Church this week. Rehearsal was going great and everything was sounding pretty good in the room. I commented to several people that I thought I won the lotto this week because I was loving the band and vocalists. The team there is always great, but sometimes there’s just an extra little thing that’s happening. And I didn’t even have the whole band on stage, yet. I was still missing a key ingredient for me: the guitar.

Our guitar player was running a little late and arrived just before we put the recording in the red for the rest of the production team to use in preparation for Sunday. We did a quick soundcheck to get him roughed in and passed around to the rest of the band’s monitors. As I expected, he was sounding great and I was mostly flattening previous EQ settings.

Once the band was happy with their monitors, we started recording a run of the set. All was not quite right to me, though. My vocal clarity was not what it had been just a few minutes before.

So what happened? Were they singing differently? Did some setting get changed? Did the band just start phoning it in? Was somebody’s playing off?

Nope. The sounds coming from the stage to my console were great. But this is a big thing about mixing: It’s not just about having great sounds. It’s how you put them together.

This is a big reason why I’m not a big fan of having a lot of presets for particular instruments or players. Those presets might get you in the ballpark, but they don’t account for any of the interaction that happens between everything in the mix.

Live sound is, for all intents and purposes, mostly a mono mixing enterprise until you start working with an immersive setup such as the L’Acoustics L-Isa systems. Since we’re effectively mixing in mono, all we really have for fitting everything into the mix is our frequency spectrum. This means EQ is our friend.

After rehearsal I spent a little bit of time working with the recording in virtual soundcheck to get things sorted better. You might be wondering why I didn’t just take care of this right away during the recording, and the answer is pretty simple: we were recording. I knew I could take care of it all after rehearsal with virtual soundcheck. And I also knew that if the recording failed for some reason, I’d be able to figure it all out in the first few minutes of rehearsal on Sunday. I knew the board mix getting recorded would be fine for what that recording would be used for by the rest of production, and the last thing anyone would want on that is to hear me sweeping EQ’s to continue tweaking.

Now, my initial instinct before getting started with virtual soundcheck was the guitar probably needed most of the work since it was all pretty good before I added that to the mix, but it wasn’t that simple. Adding that guitar simply illuminated to me that there was still some work to be done. So, I spent about 10 minutes working out the interaction between the vocals and all the instruments. After this little bit of tweaking I felt like everything–including the vocals–had more clarity in the mix, and the whole thing was hitting harder as a result. One of our vocalists even came back into the room and sat and listened with a big smile as I worked on her songs. I just kept playing them not really because I was still working on them, but I just liked listening to the whole thing.

Getting everything to work and fit together using EQ is something I love showing other engineers when I’m out on training visits. I spent a lot of years trying to figure out how to do it, and when I figured it out I felt like a new world opened up for me with mixing. If you’d like to find out how to do this, let’s chat. Send me a message through my contact page, and let’s talk about how we can help you and your team improve your mixes.