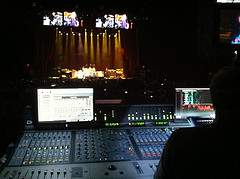 November 13, 2012 David Stagl
Off
Mix Magic & Sorcery, Year of the Music
Share This 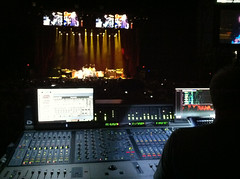 I’m back on a bit of an FX kick lately. It was sparked in part by a video my friend Andrew Stone recently posted describing some of the effects he uses when mixing. He and I have some different tastes, and this made his post great for me because it gave me some ideas to think about and try that were outside of my box.

One of the things I really appreciated about Andrew’s video is that while he talked about what he’s doing and demonstrated things, he never spelled it all out specifically. There was no set knob to X and this one to Y and then you put this at Z stuff.

I know for a lot of people this isn’t generally what they’re looking for, and I was there once upon a time. I wanted answers and a step-by-step guide on how to do something. I still fall back into this at times.

I think this kind of mindset has really driven the mythical ideal of presets even further. Once upon a time we just had some effects units that came loaded with some preset ideas to start from, but now we have fancy digital consoles with presets for EQ’s and compressors and every bell and whistle on the things. Unfortunately, I think its creating a mindset for some guys that they can just pull a preset up and run with it.

Well, let me offer some wisdom you can take or leave.

I have a ton of presets that I did not create myself. Over the last several years I’ve been given loads of presets and loads of show files. I’ve found show files on rental consoles. I’ve asked engineers what they’re doing in specific terms. I’ve taken time to go through and analyze donated and liberated show files. I’ve even stored presets out of this.

The conversations and research have been very interesting and definitely gave me new insights and ideas. But the presets…well, they don’t really work for me.

So why is that? Well, it’s quite simple:

I’ve talked about this a bit before. The reality is that we have sounds in our head that we get from listening to things. But they’re only in our head because those sounds are formed by our interpretation of what we listen to. Other engineers’ mixes are built off the sounds in their head, and their own methods of getting to them. Trying to take their sounds and force them into our world is like trying to stuff square pegs into round pegs.

Of course, sometimes–if I’m lucky–I might stumble across someone else with a similar sound in their head and a preset that actually works for me. However, this can also be a problem. I’m currently reading Make Mine Music by Bruce Swedien and he makes a great point on this:

To luck up on a technique, or a sound, only means that to be continually successful you would have to have an extraordinary amount of luck.

It’s important to understand how to do things and achieve the sounds in our head. I’ve gone through a ton of gear over the course of my career, but the sounds in my head are all still there. So what do you do when technology changes, but you still want to get the same results? What do you do if you just lose the preset?

If you’re relying on someone else’s presets, you’re going to have a tough time when you end up with something new. I think it’s essential to learn your gear. Listen to the sounds in your head. And learn to work the gear to achieve those sounds.