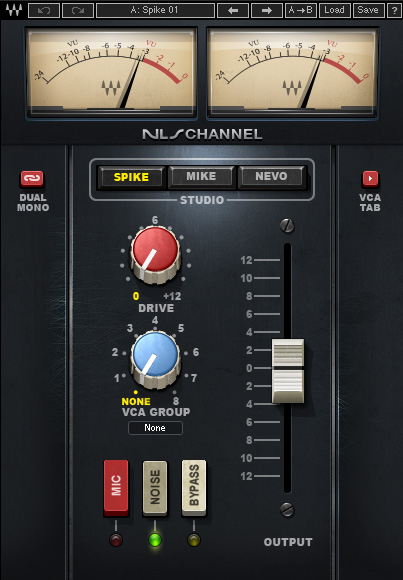 This isn’t entirely new, but I’m on slightly more of an analog kick lately. Not too long ago I was inspired by my friend Andrew Stone to pull one of our old FX units out of storage, and that’s been getting regular use lately. A good friend of mine also recently gave me a turntable, and I’ve started listening to vinyl records again for the first time in probably twenty years. Then, of course, there’s my ongoing use of console and tape emulation plugins that always seem to be spread liberally across my mixes, and that’s what I want to get into today.

As always, I don’t want to get into a big analog or digital thing. I was initiated into audio production in an analog world on the verge of moving to digital so I’ve played both sides. You can put on your own big boy pants and make up your own mind. That’s not really the point of this.

Analog type plugins have been around for quite a while. The first one I used was McDSP’s Analog Channel probably over ten years ago. However, my real….appetite….began when I started mixing on VENUE and got deep into using the Cranesong Phoenix–more on that later. On VENUE I also experimented a bit with Massey’s Tapehead, and in the last year or so I’ve swapped some Phoenix plugs for Waves’ Kramer Master Tape plugin. Lately I’ve also started experimenting with Waves’ NLS in lieu of Phoenix as well.

Before looking at what these plugins do, let’s talk about what they don’t do. Analog-ish plugins don’t make mixes instantly great. They don’t magically provide a polished and produced sound. They’re not a magic bullet. The effect of these types of plugins is often subtle, and I feel that it’s partly the cumulative effect that really makes them work. Oh, and if you’re looking to perfectly recreate the specific sound of something, these probably aren’t going to sound exactly like what they say they are. But who cares if they don’t anyway. They are what they are so I take them at that and recommend you bypass the marketing and do the same.

One of the challenges to analyzing these plugins is I often feel they work best when you mix into them. By “mixing into” them, I mean they are on from the start of the mix process, and they don’t really get touched. In this way they act much like a real piece of equipment would. This creates an analysis problem, though, because the effect of the plugin influences mix decisions which raises the question of whether you’d simply reach the same results even without their influence. In other words, by inserting these plugins, do they manipulate us to mix around them or do they help us get to somewhere better and maybe with less effort? I’ve got my own opinion on that, but it’s probably something you need to figure out for yourself.

When I started getting into analog plugins, I tried not to over think it. I was inspired to try them out because I had read about a lot of engineers raving about them; I wasn’t chasing something I necessarily felt was missing. Out of this I fell into using Phoenix a lot because when we would insert it on an input, 9 times out of 10 it made that input sound better. Sometimes we didn’t even have to turn the knob. I spent a season where I actually thought I was out of my mind because it didn’t make a whole lot of sense that I could insert something set to do nothing and have things be better. I have some other theories on why that was the case back then, but my point is that for me Phoenix was the Better plugin. It just made things better to me. When you find something that does that it’s very easy to end up making everything better. Of course, this raises the question if everything is better, is anything better? I think I’ll save that topic for another day, though.

I believe it’s all about harmonics. A major component of what these analog style plugins do is add saturation. Saturation is really just a nice word for distortion. It’s a much more subtle distortion than what we typically consider distortion, but it’s distortion nonetheless. Employing saturation adds harmonic distortion, and I believe these harmonics are probably the key.

Harmonic distortion is actually an old mixing trick. Adding harmonics can make things sound richer and help draw the listener’s ear to them. In basic terms, these harmonics help something cut through the mix.

So I have a theory on this that is purely speculation on my part. Harmonics can give a sound more of a fighting chance against everything else in the mix. If part of a sound is obscured or masked by another, our masked sound’s harmonics have more potential to land in a hole somewhere. This may or may not also play into a psycho-acoustic phenomenon known as the missing fundamental. The deal with the missing fundamental is that when we hear certain harmonics, our brain will reconstruct the fundamental frequency based on those harmonics so we hear it even if it’s not there. This is how some in-ear monitors work to create the sense of low frequency response, and Wave’s MaxxBass plugin also uses this principal. It’s a cool psych-acoustic thing, but maybe you’ll understand why I’m sort of on the fence about it in the next post.

So next time I’m going to address a big question about these types of plugins. I know there are some people who wonder if these types of plugins are actually just placebo and do nothing. That’s a fair question because they can be quite subtle in nature and also sometimes seem to just make things louder. I even wondered that a bit myself so I took some time to take some measurements so we can look at some of the effects they have on our audio.