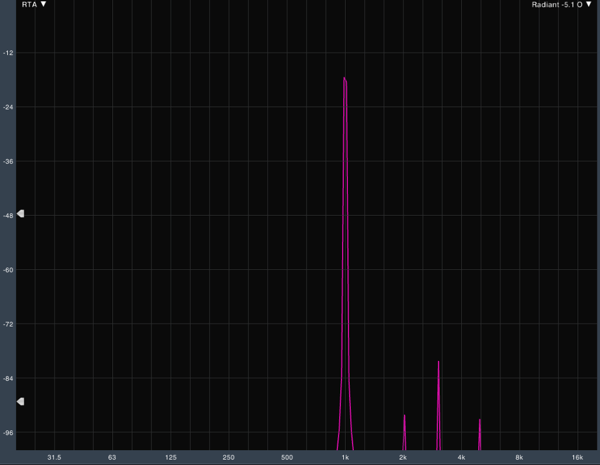 Last time out I started talking a bit about the analog emulating plugins I often use in my mixes. I know that some folks question these plugins and see them as pure placebo. So today I’m going to look at whether they do anything at all.

I was curious about this myself so I fired up Smaart and took some measurements to see what’s happening. While there’s a part of me that appreciates the magic that some processing seems to do, I’m not typically content to leave things there. I like to know how things work.

Now, I don’t think these measurements give the whole picture on these plugins because there are characteristics that I can’t quickly measure such as compression type effects. However, I think my measurements demonstrate a couple of the larger aspects of these including tonal shaping and saturation. Tonal measurements were done with Smaart’s transfer function and saturation effects were measured with the RTA.

This first example shows the Cranesong Phoenix in action on a 1 kHz tone. As I mentioned last time, a major component of what analog type plugins typically do is add harmonic content to a sound via saturation. Phoenix is an analog tape emulator, and one of the purported characteristics of tape saturation is the addition of a third-order harmonic.

In the example above we can clearly see the largest spike added is at 3 kHz which is the 3rd harmonic of 1 kHz. Something to note, though, is the amplitude of harmonics relative to the original signal. Based on the image, I’d estimate that 3rd harmonic is over 60 dB down from the original input. That might make you wonder how audible this actually is. The effect is audible acting on a pure tone such as in this example, but within the context of a denser mix it would be much more subtle. You can do this experiment yourself by simply demo’ing a plugin and applying it to a pure tones like the 1k sine wave here.

Phoenix, like actual analog tape, responds depending on the amount of signal put into it; the control is merely a wet/dry knob and doesn’t change the amount of effect that is created. More signal is the only way to increase harmonic content in Phoenix. There are pro’s and con’s to this. On the one hand, this helps make the effect more realistic which can be helpful if you’re chasing something you feel is missing in digital. However, when you want the effect it can become difficult to get it in situations where you don’t want to push an input level.

Part of why I’ve started moving away from Phoenix is due to some changes I’ve made with my gain staging over the last year or so. I talked a bit about some of this last year in regards to headroom. As my input gains came down a bit, Phoenix stopped working the same for me.

Lately I’ve been experimenting with NLS from Waves. NLS is a little different because it’s designed to be a console emulation plugin which, in theory, would create different harmonics than a tape simulator. So let’s look at some of NLS’ harmonic content. 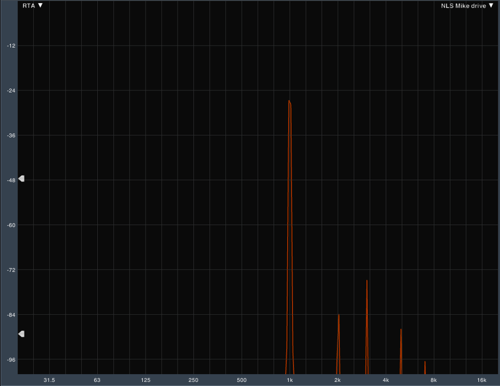 This first NLS example shows off a “Mike” console setting which is based off an old EMI TG console. Notice any similarities compared to Phoenix? I started using NLS before I did any measurements and after running some of these tests it wasn’t a big surprise to me that I was gravitating towards the “Mike” console on certain inputs given how much I’ve used Phoenix for the past 7 years. 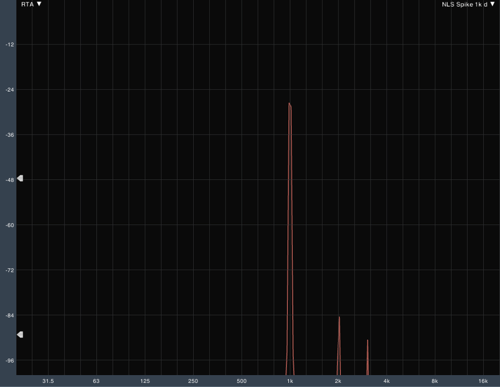 This next example shows a “Spike” console setting in NLS. The larger harmonic here is even-order which is what a lot of people expect to get from a console. Both NLS examples displayed here had the Drive control set to 6 on a 1k tone that I believe was running around 0 dB on the VENUE or -20 dBFS in a pure digital meter scale.

While NLS is signal level dependent just like Phoenix, the Drive on NLS works a little different. NLS’ Drive pushes more signal into NLS while compensating for the level increase. The result is you get more effect without a large increase in loudness. This makes it a little easier to hear the effect and not get fooled by loud=better. It also makes it easier to get more effect without pushing the input signal level which is nice because some inputs can benefit from more saturation than others. The flip-side, though, is I feel like it’s easier to overdo the effect with NLS than with Phoenix.

Something that’s different in NLS from any of the other analog plugins I’ve played with are the channel presets. NLS features three console types and each has 32 different inputs modeled. The harmonic content can be a little different along with the tonal effects. 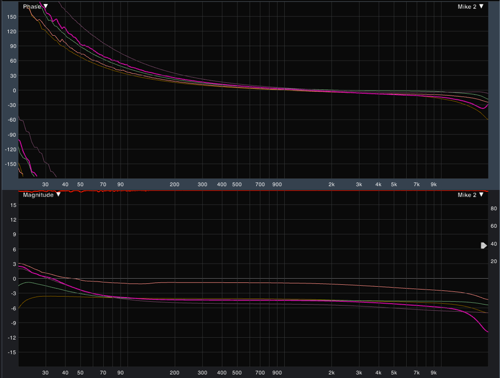 The measurement above shows a transfer function of several of the different inputs for the “Mike” console setting in NLS. Note how they are all different both in terms of tonal shaping as well as overall level; the other two NLS consoles were much more consistent, however, they also had differences among channel presets. While each channel is different, I think it’s important to note how subtle these tonal changes can be. We’re not talking major shifts with the majority of the changes here less than 3 dB.

Phoenix, Waves’ KMT, McDSP’s Analog Channel, and most analog style plugins all generally exhibit some sort of tone shaping. Most of them have some ways to adjust this shaping whether it’s via controls within the plugin or variations of the plugin you can load such as in the case of Phoenix.

I think there is definitely a challenge in testing out these types of plugins due to the large variety of very subtle effects. Next time out I’ll talk a bit about my strategies for trying some of these plugins out.