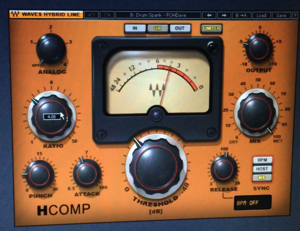 There’s a growing trend I’m seeing in plugin compressors to include a wet/dry control so you can blend between compressed and uncompressed signals. A lot of people get excited when they see these because it lets them do parallel compression right in the compressor itself eliminating the need for multiple groups/inputs/etc.

Well, using a wet/dry control can be effective and is certainly ONE way of doing parallel compression, but to my ears there’s something missing in this approach.

When it comes to parallel compression, compression is definitely the main ingredient.

However, in the traditional sense of parallel compression you’re probably thinking of where you’re chasing sounds you’ve heard on records, there’s often something else involved: EQ.

Compression might be the main ingredient, but EQ is the spice that completes the parallel compression dish.

The form of parallel compression most of us have heard on classic recordings–and that I personally chase after–typically involves compressing something and then EQ’ing it after it has been compressed. The after part is essential. Whether it’s New York Compression or Motown’s Exciting Compressor, there’s usually an EQ involved after the compressor.

Now, that doesn’t mean you can’t do parallel compression without an EQ. I do it at times, and you absolutely can, too. Plus, these days a lot of people are probably doing just that because a lot of them don’t realize the thing that inspired them to do it in the first place had an EQ after the compressor.

It’s not wrong to do parallel compression without an EQ, and it can still work. However, it may not be the sound you’re thinking of without using some EQ after the compressor.

Of course, as always, your own mileage may vary.