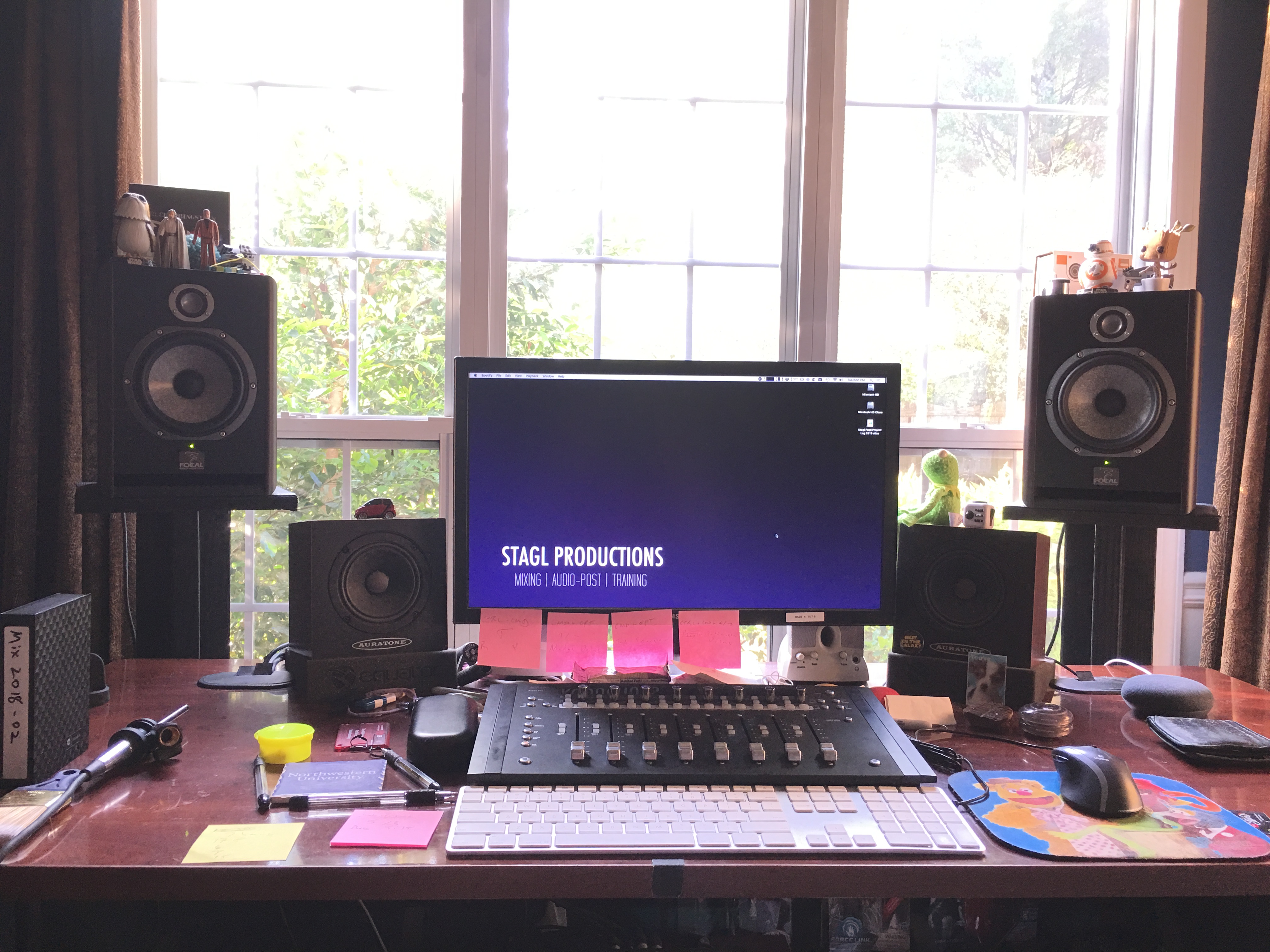 I’ve been upgrading my studio this spring, and one of the big additions was a new set of monitors. I was definitely excited about the upgrade, and it’s something I’ve been looking to do for some time now. But I’ve also been a bit terrified about it.

The thing is, my work lives and dies on how well it translates outside of my room. Making that happen requires having monitors I trust. A capable engineer can learn just about any set of monitors with some work, but it takes time and all monitors are still not created equally.

I didn’t have the best monitors in my studio, and that was OK in a sense. Many great sounding projects get mixed on less than the greatest speakers. Having lesser speakers can even be an advantage at times when mixing in the studio. The Equator D5’s I’ve been using for many years are great little speakers that are far better than their price point when you could still get them new–sadly, Equator is no longer around. I originally started buying pairs of them when I was on staff at North Point because they were being called a modern NS-10, and I think they performed far better than most NS-10’s. I made a lot of clients happy with the mixes I did on them over the years, and at the end of the day that’s what matters.

But that’s also what makes swapping monitors out so difficult. I had a known entity in those monitors, but I’m forgoing any kind of transition period going between the new and old ones and moving right over to my new monitors. I’m not completely starting over, though, because I still have my Auratones.

The monitors I settled on were the Focal Solo6 Be’s, and I’ve been getting a variety of questions about them. First up, how did I decide on them?

Look, there are too many options these days for monitors, and picking monitors isn’t like picking PA’s. With a PA, I’ve got a few brands I trust and know I can make a show or event happen on if they’re designed and deployed properly. Monitors are a different animal, though, because of that whole translation thing. My mix is gonna sound great in my room sitting in my seat, but it needs to sound great outside it as well especially when my clients listen for the first time.

I’ve been interested in Focals for several years, and part of that came from hearing them. Part of it, though, was also because some of the engineers I admire and who have some of the gigs I wouldn’t mind having are using Focals. With all the other options these days, I still needed to hear things for myself and listen to some other stuff.

So I went over to Vintage King when I was up in Nashville last fall and spent probably an hour and a half listening to different speakers. I went primarily to hear the Focal SM6 line and the Shapes line, but I also wanted to check out the 3-way Dynaudio Lyd that came out maybe a year or so ago plus some of the stuff from Adam, Yamaha, Barefoot, and whatever else they had out for demo’ing. If I had to classify the speakers I was listening to, I’d put them in kind of a mid- to upper mid-level monitors and some of the entry-level high-end monitors.

Everything I listened to sounded good. They all had potential, but they all had something about them I didn’t quite dig. There was no perfect monitor. The Focal lines were my favorites, and in the showroom the Shape 65’s won for me. So why did I go with the Solo6’s instead of the Shape 65’s?

For starters, I didn’t trust the way the Solo6’s sounded at VK. They didn’t sound the way I remembered them at all even without referencing them against other speakers, and they also weren’t in the best position on the shelf for listening. Since Focal won as a brand for me in the showroom, I figured I’d probably be safe with almost anything in their line, and on paper and based on anecdotes from users, the Solo6 should be the better speaker. Plus, I also knew the tweeter in the Solo6 would probably be better for me than the Shape’s because of the amount of restoration work I end up doing for post. I also just had this nagging feeling in the back of my mind that if I didn’t try the Solo6 in my room first, I would always be wondering if the “better” speaker on paper would have been the better fit. So I decided to try the Solo6’s, and if they don’t work out I’ll swap ’em for the Shapes.

Once I kind of figured I’d be going with Focal, I took some time to investigate their service side of things. To me with audio, it’s never a question of will it break. It’s just a question of when so service is a big deal to me because no speakers means I don’t work. The majority of what I found with Focal gave me confidence in them, though, and then the recommendations of the service from Vintage King made the whole thing work in my mind.

So how do they sound?

Well, I just put them in so I’m still figuring them out. My first impression after getting them dialed in was very good, and I’ve been trying to figure out how to explain the difference you hear in monitors as you get up into more expensive speakers. For me, listening to these in my room for the first time was kind of like getting a new glasses prescription. I’m not really hearing things I didn’t hear before, but I’m hearing things much more clearly.

For example, the first thing that jumped out to me were dynamics. I had an instant sense of hearing them more clearly and being able to tell when a mix used more compression than my personal tastes. There were also a few songs I put on where I noticed things I hadn’t noticed before, but that was mostly on stuff I hadn’t listened to a lot. On recordings I was very familiar with it was more like looking through a significantly clearer piece of glass.

I’m hearing more detail in everything. That makes my decision making easier which translates to me mixing faster. For me, it’s almost like the stuff just tells me exactly what it needs when I push up the fader. Of course, that’s not really what’s happening, but because of my years of experience and the information I’m hearing that’s what it feels like. So I’m starting to move away from the terror of new monitors and leaning more towards the excitement of mixing with them.

Do you have questions about monitors and figuring out what to get for your broadcast or studio environment? Please let me know in the comments.