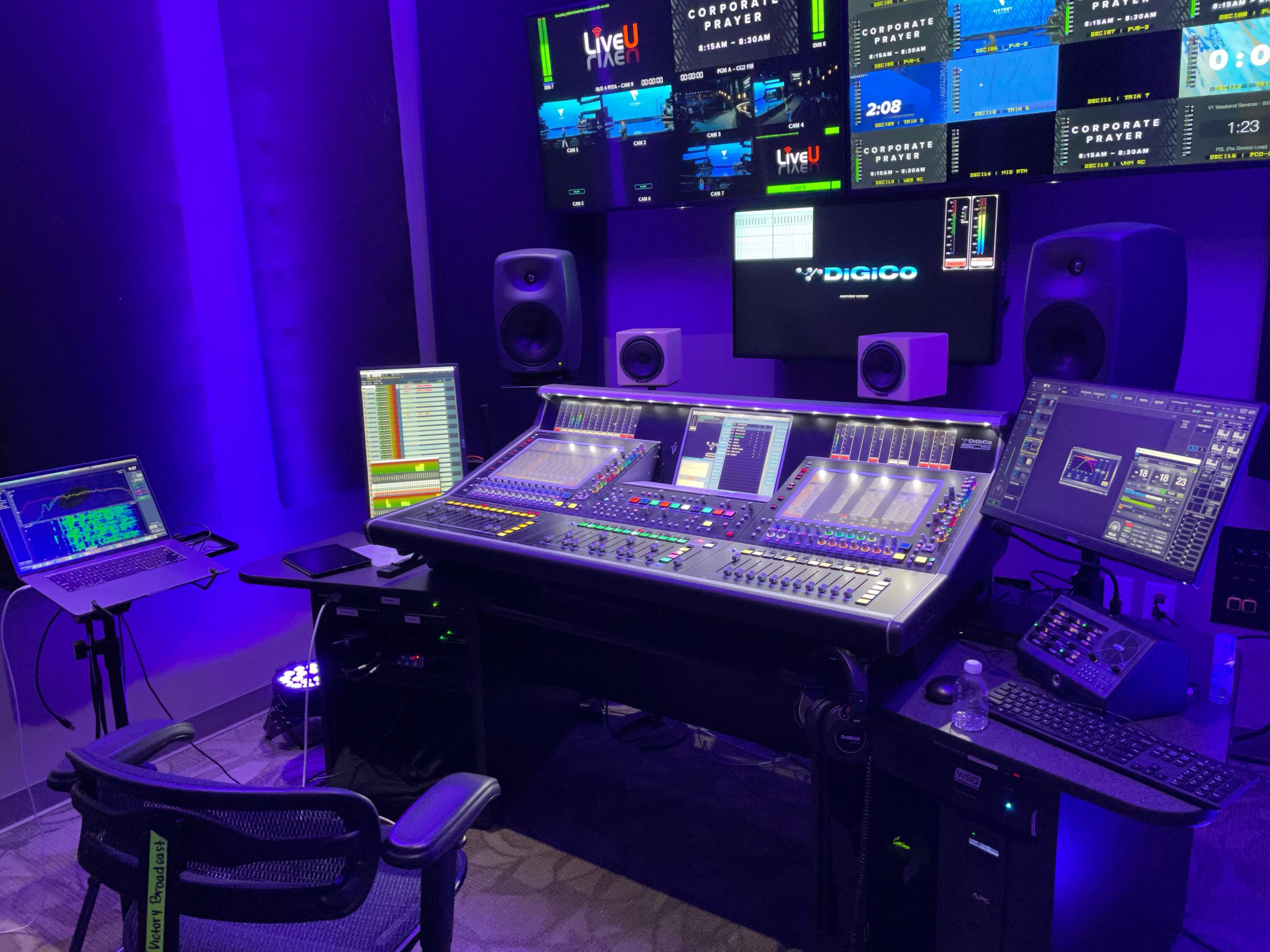 Reference tracks are a very helpful tool for me. I’m not sure I use them quite the same way as a lot of engineers, though. So here are a couple of scenarios where they come in handy for me along with how I use them these days.

First, let’s talk live sound. I use reference tracks in live sound primarily to get a sense of the PA I’m working on. I have 3 or 4 that I use and don’t really switch from because I’ve used them for many years and know them really well. I don’t really understand guys who have these huge playlists of tracks. If you hear me bouncing around between a lot of different stuff, I’m probably just messing around.

The first thing I’m listening for is overall tonality. The primary track I use for this right out the gate is “I Will Remember” by Toto. The frequency balance of this is pretty even, and I often EQ the low-mids on PA’s using it while focusing on the vocal. Everyone loves the drums on this track, but I am usually more interested in the shaker because it’s helpful for me in understanding PA coverage and finding holes in the coverage. It’s also easy to demonstrate coverage to non-audio folks by telling them to listen to the shaker and where it disappears. Another thing that’s great about that shaker is it’s panned to the right so I can also quickly figure out the configuration of the system with it.

Another track I like to use is “Everybody Here Wants You” by Jeff Buckley, and I use this to find out how tight the low end is. There are only a couple of PA’s I’ve worked on where the kick on this hit me in the chest the way it’s supposed to. So this is often my, “Don’t worry about the low end because it’s not gonna make you happy today” track.

“Morph the Cat” by Donald Fagen is one I’ll use to understand how the low end feels, and I actually have a few other ones I might use for this. Maybe another way to think about this is how deep can I go. It’s not always about getting down to 20 Hz, though. This is hard to explain, but sometimes it’s more about how the low end interacts with the mid-range for me because sometimes when that relationship is working I don’t care that I can’t get as deep as I really want things to go. Or maybe it’s just at this point in my career I know too much about physics and how imperfect low end is almost always going to be, and I’m probably one of maybe a small handful of people in the room who actually cares deeply about it.

One of the last tracks I’ll put on is “Last Plane Out” by Toy Matinee. With this one, it’s all about the vocal because it’s pretty dry on the track. So I can get a good idea of how reverberant the room is by focusing on the vocal. I have some spoken word references I can use for this, too, but music is more fun. This track also has a cool stereo acoustic guitar thing in the intro that is another bit I’ll use for understanding PA configurations.

When it comes to studio and broadcast environments, I have a little different use for reference tracks.

First, there is definitely a tonality thing. In this context I’m not looking to EQ the monitors. I’m just trying to understand them and get my ears used to them. I use one of two songs for this: “Run to You” by Bryan Addams or “Pour Some Sugar on Me” by Def Leppard. “Run to You” was produced and mixed by Bob Clearmountain, and is one of my favorite records he has done. “Pour Some Sugar” was produced by Mutt Lange and mixed by Mike Shipley, and as Tom Lord-Alge has noted, they spent three years and a bajillion bucks making that record so if it’s not perfect, I don’t know what is.

I also use reference tracks in the studio as mix references for direct comparison between what I’m working on and other releases. Again, part of this is for overall tonal balance comparison. For example, if I’m working on a modern worship track I will flip between my mix and something current at times to see how the two mixes compare when played next to each other. Much of the modern worship stuff sounds dark to me, though, especially when I compare it to classic records so sometimes I might steer what I’m doing closer to what’s currently happening, although, most of my clients seem to prefer it the other way and ultimately it is their call.

Aside from tonal balances, I’ll also use the reference track to get an idea of the overall mix balance. So I’ll listen to where the vocal is sitting relative to other instruments. How loud are the drums? How loud are the pads? etc. etc. It’s not about copying, though, and I’m not trying to match what I’m doing to something else. For me, it’s more about getting some perspective of what my clients are used to listening to which will feed into their expectations.

The last thing I’ll use references for is to understand how the material I’m working on stands up next to material that has already been released. I feel like everyone I’m working for wants their music to sound like “a record”. If they play their song(s) in between other commercial releases, they want it to stand up with those releases. Even I, alone, want that.

So, do you use references at all for live sound and mixing purposes? What are you favorite tracks to use?