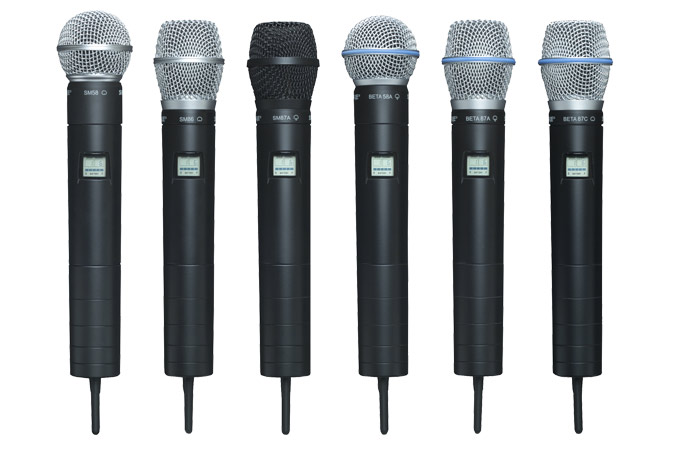 Yet Another Big Project or How RF Is Driving Me Mad

I feel like I’ve neglected the blog lately, but my mind has just been very preoccupied with projects that all seemed to start right about the time of the fall Night of Worship. I’ve been hesitant to talk about this stuff because a lot of things have been a bit loose, and I wanted to make sure things were a bit more nailed down before mentioning them. I’ve already talked about the PA repairs, but now I feel like I can finally talk about the next big one: 2009 RF.

As you have probably/hopefully heard by now, the RF landscape is set to change in February of 2009 when the FCC takes away the 700 MHz band as part of the digital TV transition. If this is news to you, Mike Sessler has been posting regular updates on things so his blog would be a great place to go get some info on what’s happening. Mike’s posts can also point you to more resources, but just to summarize, the 700 MHz band’s availability for wireless use will go away in early February 2009.

We have a ton of RF in use on a weekly basis at North Point, and I get to manage all the frequency coordination for the campus since we are a large user. My current chart lists about 135 channels of RF each week spread across 12 environments and a bit in between. However, the actual number of frequencies on the chart is closer to 150 because we like to keep some spares (open channels, not gear) around in case of emergency. Usage includes wireless mics, in-ear monitors, intercom systems, and 2-way radios. Frequency use needs to be carefully managed so that there is no interference between gear or with existing RF outside of our control which is currently primarily made up of television stations. On our campus with the amount of wireless gear in operation, it can be a very dangerous thing for folks to just add an RF channel. We’ve been fairly stable for the last couple years, however, this 700 MHz deal affects close to 50 channels of wireless in use and is having a big effect on us.

Our three primary production environments are our two main auditoriums(my rooms), the Attic where high school meets, and the Theatre which plays host to KidStuf Live and our Spanish service. These environments also host other events here and there. The bulk of our existing 700 MHz gear resides in the main auditoriums and the Theatre so a few months ago I sat down with the TD’s for the Attic and KidStuf, Jayce Fincher and Michael Simmons, to discuss how best to approach the disappearing 700 MHz frequencies. Principle in the discussion was how much RF do our environments really need. This was a concern not just from a stewardship perspective, but also from a logistical reality perspective. Our campus is so RF heavy that there were definite concerns about how much room there would be in the RF spectrum below 700 MHz to replace equipment our soon to be outlawed gear. In addition we needed to be prepared to start compromising our RF use if the RF space was going to be too tight.

While I understand that this 700 MHz thing has become a real pain for a lot of churches, we’ve really tried not to look at the downside too much. In fact, it is sort of a mixed blessing for us. We’ve been wanting to upgrade our RF mics in the main auditoriums for a couple years now, but those desires have been at the very bottom of a list we haven’t been able to start chipping away at. As I sat down with Jayce and Michael to discuss the potential problems thanks to the FCC debacle, we also discussed how we can use the situation to our advantage. We figured if we are going to be forced to make a large investment in order to continue to do our programming in its current fashion, we should do it in the best way possible for our organization for current needs along with future growth in mind.

So what do you think of this 700 MHz debacle?

TweetShare
If you enjoyed reading this post, please share it!
Yet Another Big Project or How RF Is Driving Me Mad