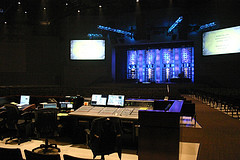 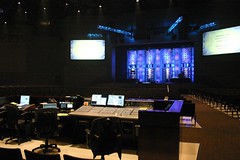 2008 looks to be the year of the system in my world. We have high hopes that this is going to be the year we finally get to do some upgrades to our aged system, but the new system isn’t what this post is about. As I enter 2008, I find myself still very much into the whole system optimization thing I really got into last year. In some ways, it has almost been a blessing that our upgrades haven’t happened, yet, because it has forced me to really dig in on holistic system-y things that in the past I have leaned more heavily on experts I know for assistance. I really have to credit Scovill on getting me into this because it has had a pretty big impact on how I mix and troubleshoot mix issues.

As I do more and more system optimization work, I’ve been looking at ways of streamlining the process. Last week I began assembling what is going to be a portable tuning rig. The last issue of Live Sound had an article by John Murray on EQ’ing line arrays. In the article he described his new tuning rig, and I’m basically stealing his design. It might take me a while to get all the components, but my goal is to put the whole thing together in a padded rolling rack that I can take between auditoriums and/or campuses.

Last week I picked up a Presonus FireStudio interface which is basically an 8 mic pre firewire interface. You can get these for under 500 bucks. Previously I have relied on moving mics all over the room to align and EQ our systems. Now that I have the FireStudio I can setup multiple measurement mics all over the room. We already owned two which is a great start. I ordered another mic last week plus I can borrow from our other campuses if I need to.

The multiple mic thing is going to help in a couple ways. At first glance this looks like it will help with setup time, but I don’t think that’s going to be the initial case. In John Murray’s rig, he has a Lectrosonics wireless rig so he can easily drop his mics all over the venue wherever he needs them. There’s no compander in the unit which makes it great for system tuning. If all I did was fly around and tune systems, I would definitely want the wireless, but for now it’s going to wait.

The real benefit in having multiple mics is it allows me to see the interaction between components a lot easier. In the past I would work on each box in a cluster, check the cluster, then do the next cluster and so on eventually getting to the point where I would turn everything on. The challenge is there are a lot of intermediate steps where I turn multiple things on and then walk around and listen. With multiple mics I can actually measure the interaction between boxes at different points in the house and refine things at that point before I move to the listen stage. I’ll always listen and the final result is going to be based on what I hear, but when I can get closer using measurements it should speed up the listening process.

The next thing I need to figure out for my rig is which software platform to use. I’ve been using Smaart for a few years now, but there’s a new program out from EASE that I’m interested in called SysTune. John Murray talks about it in his article. The main benefit of SysTune for him is that you can take multiple measurement mics and do a live average of the FFT which is great for tuning line arrays since the spectral response generally isn’t consistent front to back.

The old way of doing things was to capture multiple traces in Smaart, make changes, and then recapture to compare. In Smaart 6, I guess you can create input pairs that maintain delay timing so that using the FireStudio I can quickly move through multiple mic setups to record traces. I haven’t explored how easy it is to do this, yet, but I know it’s super easy to jump between inputs in SysTune.

I’m really curious about the averaging feature in SysTune, though. I haven’t tuned any line arrays, yet, but I’m hoping to get some practice at our other campuses one of these days; the beauty of digital DSP is I can go experiment, and if I fail to make it better the previous setup is easily recalled. I have a trial of SysTune on my laptop right now that I’ve been digging in to. So far there are some things I really like, but it definitely feels like version 1 and I need to figure out if it’s worth investing in right now. In my first use, SysTune did help me find some problems I hadn’t found before so it does look somewhat promising. I need to figure this out soon because SysTune is on sale right now, and I get license keys for two machines…. I’ll have more on this when I figure out which direction I’m going to go. 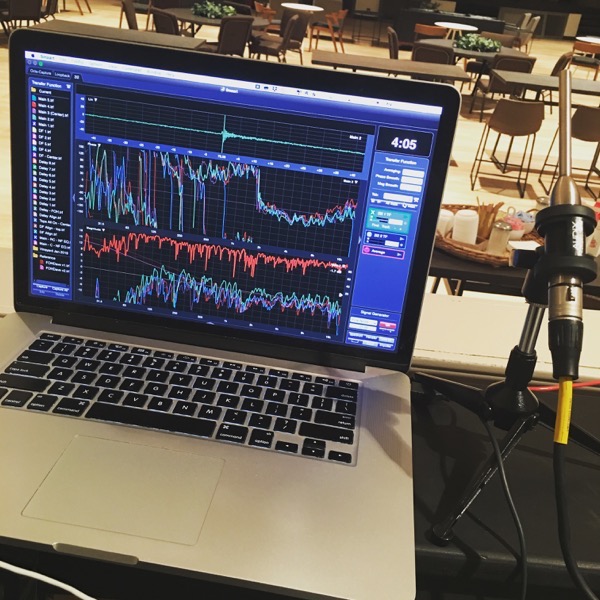 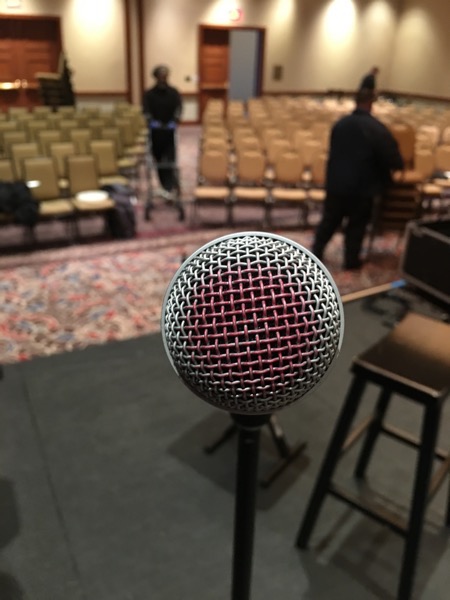 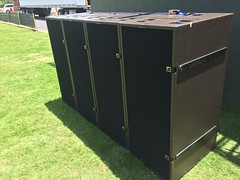 State of the Mix 2019: Sweeping the Subs 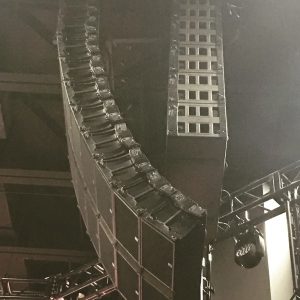 TweetShare
If you enjoyed reading this post, please share it!
Year of the System: 2008
We use cookies to ensure that we give you the best experience on our website. If you continue to use this site we will assume that you are happy with it.Ok