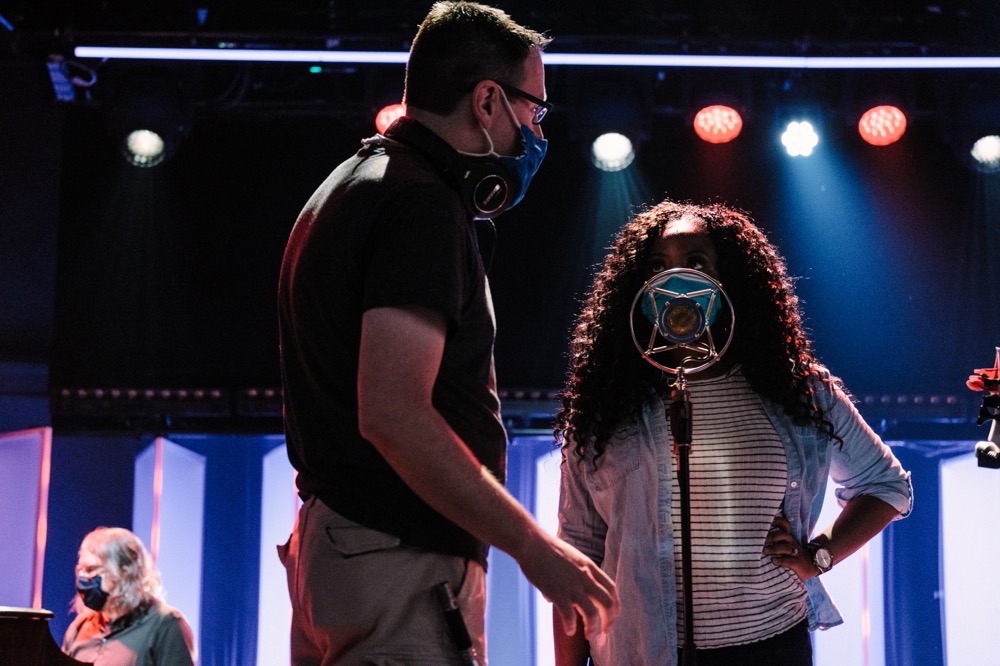 I’ve received a lot of questions about vocals lately. I might have a video coming on them, but in the meantime I thought I’d throw out a little bit of advice based on many of my training visits from the last five years.

There are two things my mixes live and die by: what I do with the faders and what I do with the EQ. The biggest area I hear most engineers struggle with regarding vocals is the EQualization side. Now, this doesn’t mean mastering dynamics doesn’t matter. The reality, though, is in a worst case scenario if you have a vocal that works tonally, you can always push it up over everything with the fader and satisfy a lot of people in the process. So let’s talk EQ.

I believe using EQ is a skill developed over time. If I tuned your PA and knew what vocal mics you used, I could probably give you some ballpark places to start, but that would still be just a band-aid. The reality is you need to put in the TIME and build your chops.

I think this works kind of like bringing an image into focus. Maybe a better analogy is to think about video resolution. Someone starting out with EQ might be like looking at a 240p quality video on YouTube. You know there’s something better out there, but your ears aren’t developed to notice that much of a difference or, at least, to figure out how to make that much of a difference.

This shouldn’t alarm you, though. It takes time to get to 4k resolution.

It’s like working out. You have to start small and repeat repeat repeat. This isn’t apparent in tutorials and demonstrations, though.

I know when I start demonstrating EQ, it intimidates some engineers because they’ve flat out told me it does. I work really fast and know almost exactly where I’m going before I even get there which has the unfortunate side-effect of making what I do look easy.

This didn’t happen overnight for me, though.

What often gets lost is I’ve been using EQ on a wide range of sources on a nearly daily basis since the late 90’s. And in that time I also endured years of on and off again criticism and complaints from a wide range of clientele and superiors.

Nobody is an overnight success.

So how do you start to learn and master this stuff?

First of all, don’t try and start too deep. Don’t worry about all the details even though you know they’re all there. Human hearing ranges from approximately 20 Hz to 20 kHz, and since we’re dealing with a bit of math that means there are an infinite range of possible frequencies in between those. Fortunately, at a certain point of zooming in, the increasing range of possibilities just doesn’t matter any more. Getting there is a process, though, so fight the urge to rush it. Start with a landscape shot and zoom in to the closeup with practice over time.

I think a good place to start for most engineers is thinking kind of along the lines of the fancy stock car radio. You know, the one that has a mids control in addition to treble and bass. A lot of us who started on analog gear–and specifically, low-end analog gear–only had that much EQ. I think the first console I used didn’t even had that much. The idea here, though, is to learn what those frequency areas sound like first. You start with wide ranges and then start chopping them up.

So take a wide’ish, gentle sloping low-shelf EQ and set it around 160 Hz. Then take a wide bell and set it around 640 Hz. Finally, get a wide’ish, gentle sloping high-shelf around 2500 Hz. Put on some source material and boost and cut and intimately learn what that does to a sound in your mind and in your terms. In other words, describe it for yourself first before you start latching on to industry terms.

Since we’re talking about vocals today, use raw recordings of a variety of vocalists and experiment on them for this. Boost each band and cut each band to extremes and see what things sound like. Try different combinations of extreme boosts and cuts. Take breaks in between listening to the results so your ears don’t get too used to what you’re doing, and you can reset your perspective.

It can also be helpful sometimes to reference commercial releases while you’re doing this to compare how you’re doing. Don’t worry if you’re having a hard time getting close to those releases at this point. You only have three bands of EQ, and the mixer on that release probably had more options. The point here is to get as close as you can.

Once you get those three bands mastered, you can start drilling down and getting more specific. Ultimately, I think any church engineer needs to, at a minimum, get all the octaves of human hearing figured out. They are:

An easier way to look at these is by their approximate mid-points as that’s where you’d be more likely land an EQ point at this stage:

Again, you don’t have to start with all of these. Using filters at half of those points can be another stepping stone. For example, maybe start with 60, 250, 1k, 4k, and 16k. Alternately, grab something like the Waves Scheps 73 plug-in where you have limited frequency points and learn those intimately. Personally, I think engineers should aspire to go even deeper than these, but these 10 octaves can get you pretty far.

If there’s a takeaway here it’s that getting to great vocals is about honing your mixing skills. Learning to EQ is not about knowing or memorizing the right frequencies to use on a vocal or other instrument. It’s also not about instantly having the right solution to make vocals and other instruments sound amazing. It’s about learning to listen and knowing how the numbers on YOUR gear correspond to what you hear. It’s ear training, and if you want to improve the sound of your vocals, this is as good a place as any to start for a lot of engineers.