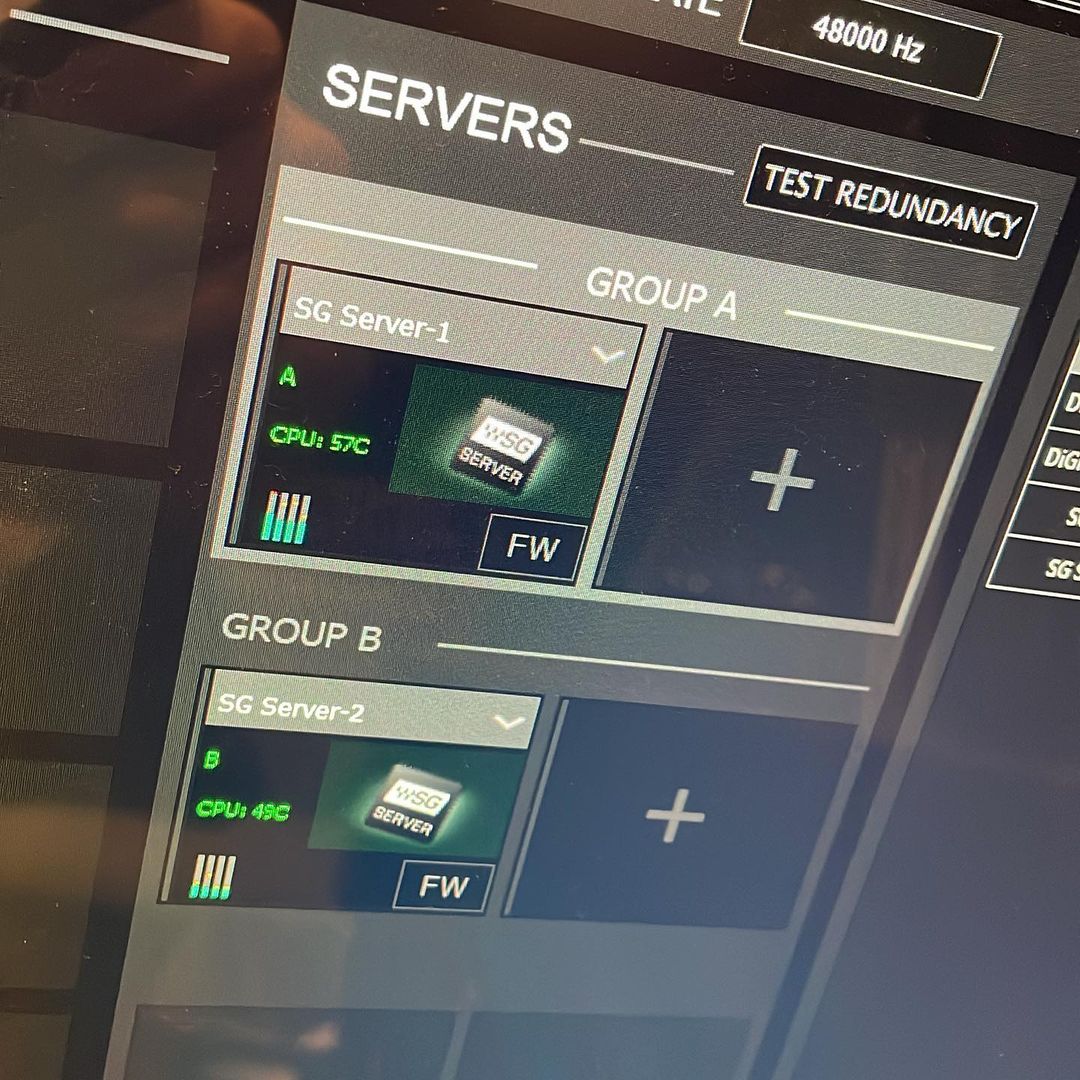 My friends at Waves recently updated SuperRack to allow for dual DSP. Previously, we could only run one server along with a redundant server in case your main server failed. Now we can actually use two Soundgrid servers to increase the amount of DSP we have available so last weekend I gave this new feature a test run.

There were a couple of reasons I wanted to try this out. One reason was just curiosity to see how it works. The main reason I wanted to do it was to actually get a little more DSP, though.

When I’m mixing at Decatur City Church here in Atlanta, they have a Server One Soundgrid server that’s probably 5-6 years old. I think I’ve only maxxed it out once during a rehearsal, but I’ve run it close to the edge on a regular basis which sometimes stops me from getting creative. In some cases that’s probably a good thing, but it’s not always a good limit to have.

For the most part, I’m not getting crazy with plug-ins–if you missed my article on why I will choose to use a plug-in, you can check it out here. I mainly use a compressor and maybe some dynamic EQ here and there on some inputs.

Where things get pushed a bit more are reverbs. I’m a big fan of H-Reverb and some specific presets in it…wink wink. I usually have at least four instances of it running(long and short vocal reverbs, long and short drum reverbs). Four of those running definitely takes a chunk out of the DSP on their Server One. Additionally, I usually have X-FDBK running on any headworn omni mics in use, and that’s another one that likes the DSP.

When I look at DSP usage in MultiRack and now, SuperRack, sometimes I start to get nervous. DCC has an Extreme Server on order, and once that is in I can’t imagine needing more power. In the meantime, though, I had an older Impact server in my studio that hasn’t been used in a while, so I figured I’d give it a try with their setup to offload some of the non-essential stuff I use.

Configuring the server was pretty simple. I plugged it into the switch, and it showed up in SuperRack right away. Then I clicked on the “+” for Group B and added the extra server. I had to do a firmware update in there somewhere, but all-in-all it was pretty intuitive to get working without any hiccups.

Now, SuperRack doesn’t automatically allocate DSP across servers. You have to manually assign racks to a specific group. So I moved things like my drum inputs, some other instruments, and probably one of those H-Reverb’s to the “B” server to free up DSP on the main server.

It’s really easy to do. There’s a little dropdown menu at the top of the rack where you can choose A or B. There was nothing else to it. The load on the main server dropped a bunch, and I still had plenty of power on both servers.

Now, the big question remaining was what happens if one of these servers goes down? Does SuperRack move everything back to the main server? 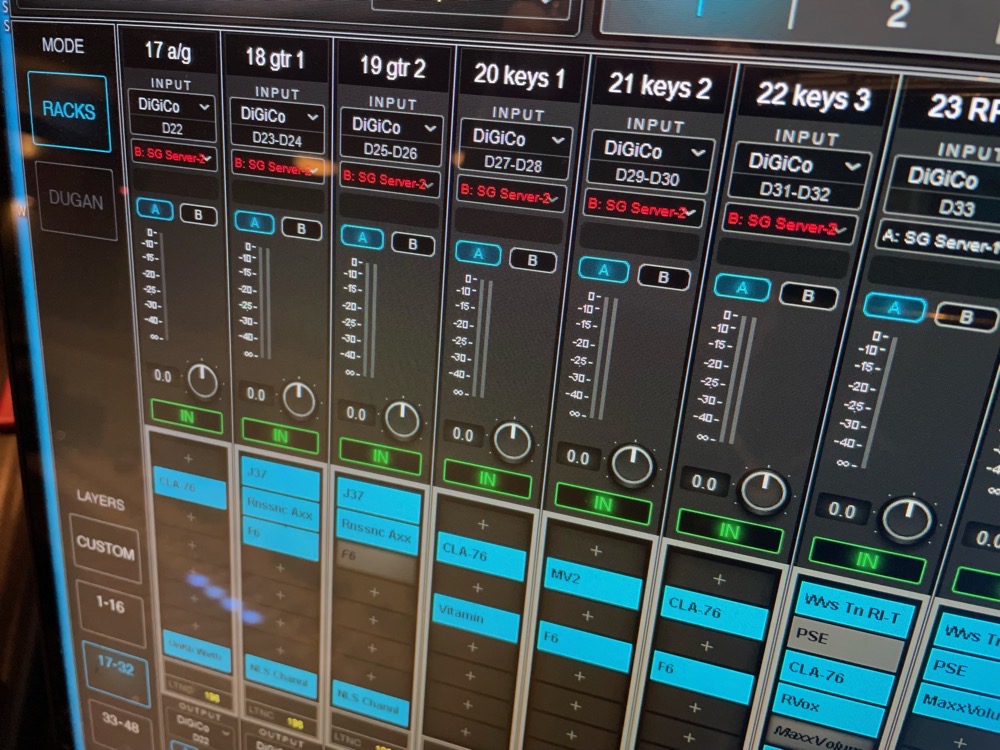 I wanted to find out so after the services on Sunday as I was packing up, I literally pulled the network cable out of the second server. As you can see here, the server assignment group turned red, but it did not switch things over to the main server. This is probably a good thing for now, though, because if you’re already pushing the other server you won’t end up overloading it. The PA was off, and I did not have any audio passing when I did this test so I’m not sure what would happen to actual audio. Maybe I’ll test that next time in some headphones.

So, should you add a second server to your SuperRack setup? I think it depends.

My advice to most folks investing in Waves for live use for the first time is to go with an Extreme server. Most don’t need it right away especailly if they follow my recommendations on where to start with plug-ins, but I also know what happens over time. Plus, as new stuff comes out requiring more and more DSP that Extreme server becomes a lot more handy.

When I started mixing for Decatur City 5’ish years ago, I wasn’t pushing their server as much as I am today, and I don’t think I’m going crazy with plug-ins especially compared to some of the things I see when I’m traveling around to other churches. If you already have something like a Server One, adding another Server One would be an easy way to get some more DSP, though, without shelling out for a full Extreme Server. You might also be able to pick up a smaller server more reasonably priced in the used market.

Have you tried using the new dual DSP feature in SuperRack? What were your results like?