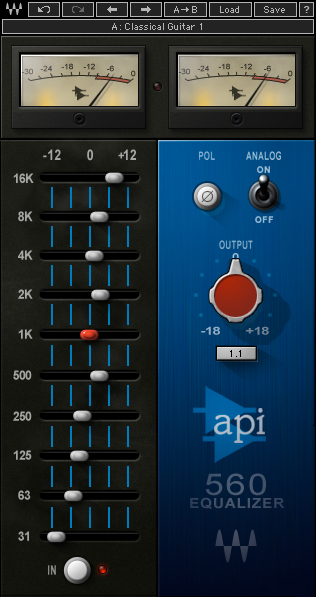 I’ve been thinking a lot about EQ lately. It’s such a fundamental part of mixing, but I think it’s also one of the hardest things to master. Looking back at my own growth as a mixer, nothing gave me more confidence in my mixes than confidence in EQ. For years I thought that compression was the secret missing ingredient I needed to master, but it turned out my ability to use EQ did far more for me. If I have one regret in my own development, it’s that I didn’t dedicate more time in the early part of my career to mastering EQ.

Before I get started I need to clarify something. When I think of EQ, I’m not just thinking about the EQ’s on my console. EQ is short for equalization, and I tend to think of it in terms of equalizing sounds as it relates to the entire frequency spectrum. If you go back to the beginning of EQ’s, the equipment really developed as a way to equalize, or balance, frequency content within sound. But I think of EQ beyond just knobs on a console. Moving a mic changes my EQ. Turning a knob changes the EQ. Changing the entire source changes EQ. So when I use the term EQ in this post, I’m often using it as shorthand for talking about the ability to manipulate the frequency spectrum for fun and profit.

As some of you know, I’m a pretty big Beatles fan and find their recording history fascinating. One thing that’s interesting to me is that EMI Studios(aka Abbey Road) had an interesting system for developing new staff members at the time. Everyone started in the tape library so they could learn how the studio operated. From there they became a tape op or assistant which was more learning the ropes during recording sessions. The next step would be to move to the cutting room which was basically mastering records, and I find this fascinating because my gut would initially be to move someone behind a console to man an actual recording session. But maybe the EMI folks were on to something.

Everyone in audio typically wants to rush and get behind a console and start pushing up faders. However, I think this can actually slow down the learning process. It’s like drinking from a fire hose. The beauty of starting someone with the final master is it’s a good way to get them intimately familiar with the big picture. Many mixers get lost in the forest and hung up on individual instruments too much instead of thinking in terms of the complete mix. I think the Abbey Road approach could help engineers become more focused on the bigger picture they would one day work on if they advanced beyond the cutting room. It was probalby also a good way for them to learn about the things that could hurt them downstream so that they could be better recording engineers.

I think starting with the master is also beneficial for learning EQ. The human hearing spectrum is said to run from 20 Hz to 20 kHz, although in practice I’d say we’re mostly worried about 40/50 Hz up to about 16-ish kHz. In live sound a lot of rigs fall off around 12k and depending on the subs getting below 40 Hz can be tricky. This range of frequencies divides into about 8 or 9 musical octaves. What’s interesting in this is each of those octaves tend to have some identifiable sonic characteristics. You can dig around in books and the interweb for what these are, although, I’d encourage you to explore and discover on your own a bit, and this leads us to a big challenge with EQ.

The difficult thing about mastering the frequency spectrum is that it takes actual time to master it because it requires training your ears to identify these characteristics and the specific frequency or frequency range those sounds lie in. Some guys probably have a natural ability to pick this stuff up quickly, but I don’t feel like I did. So for the average engineer, ear training ultimately takes a lot of repetition and experience. You have to listen and learn to identify things–you can’t just memorize a chart in a book. There’s no shortcut.

The best way, in my opinion, to train your ears is to grab some music and an EQ, and start turning the knobs. A 1/3 octave graphic EQ can be quite helpful in this respect because it slices up frequencies into 1/3 octaves; that way you can really hone in on each octave and its characteristics.

Pick a frequency, boost it, cut it, listen to what it does to the sound. Start making notes in your head or even on paper about what happens to the sound. As you’re playing with different frequency ranges, also listen if instruments disappear or get louder or lose definition or become clearer.

In my opinion, the thing that’s great about learning EQ this way is you start to get an understanding of the sort of tonal constants in sound. For example, the frequencies that make an entire mix muddy are the same frequencies that make a vocal/guitar/keyboard/etc. muddy. Understanding these broader characteristics makes it easier to identify and remove problems as you push faders up.

The other thing that’s great is this can help you start to understand how certain instruments take up different areas of the frequency spectrum. The beauty here is that when you start pushing up faders in a mix and hear instruments occupying more frequency space than they really need, you can start making better decisions on what frequencies to remove from a sound. For example, if I have a deep/thick/low guitar, I’m probably going to pull a lot of the lows out of it if there’s going to be a bass guitar playing along side it. When I start pushing up faders these days, I can make some pretty intuitive decisions on whether I need to move or change a mic or use an EQ, and that ability comes from getting very confident in my understanding of frequencies and EQ.

These days the process of mastering EQ can be done a lot more systematically than in the past. I have a set of CD’s that Dave Moulton did called Golden Ears which was great back when I started out. These days, though, there is some decent ear training software available. Software like Quiztones or Train Your Ears can help make the whole process more fun and accessible. I have Quiztones on my iPhone and use it to brush up from time to time.

The last thing I’ll leave with is this. I think it’s important to try and focus on problems when you’re learning EQ. I’ll probably talk about this another time, but in my experience the best use of EQ is as a subtractive process so it’s important to learn to take away what you don’t need or what’s wrong with something. This isn’t intuitive either because our ears tend to like and focus on what is louder. This perception can, however, give us an advantage in learning things, though. When you’re playing with your EQ and favorite music, boost away with the EQ and focus on how it makes things worse. In fact, keep turning the knobs and make sure it gets worse and start learning what frequencies create that particular breed of awful. Then as you’re mixing, and you hear awful things, you can target those frequencies and turn them DOWN. If you start getting this kind of mindset, over time you should definitely hear more of the awful stuff because those frequencies are often the loudest frequency components of a sound which draws our ears to the bad in the first place. Go figure.