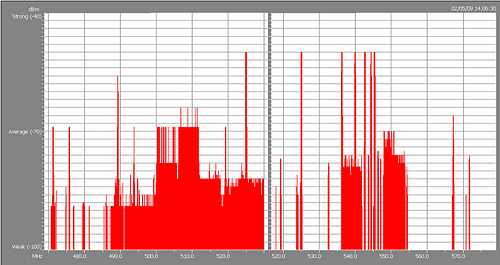 Here’s a quick update for those of you who haven’t been paying attention to the FCC’s upcoming incentive auction to sell off even more of the RF spectrum. In all honesty, I stopped paying close attention to this after I left my staff gig last year because I no longer have 100+ channels of RF to coordinate for a large facility, however, there was an article going around this week that was a bit of a shock to me. Here’s a link to the ARTICLE.

It was my understanding that the FCC was originally planning to auction off portions of the 600 MHz band. Either I misunderstood or something changed along the way, though, because the plan now is to auction off everything above 566 MHz.

You see, when the FCC sells off that spectrum, any TV channels currently in that spectrum that wish to continue broadcasting over-the-air will need to be moved or “repacked”. Guess where they’re going to get moved to: 470-566 MHz. That range, I believe, comes out to 9 UHF TV stations so in some markets the available RF spectrum for wireless audio devices could get very small.

There’s still some time before users will need to vacate 566 MHz and up, plus there’s a possibility that we won’t lose all that spectrum because the demand might not be there in every market. Regardless, I believe the time to start planning to get out of spectrum that’s being auctioned is now or at least the near future. So here are some of my thoughts on ways to approach the impending loss of RF spectrum.

1. Stop Depending on Wireless Gear

I think wireless gear has become one of the gear drugs of choice in modern churches, and it might be time to either cut back or go cold turkey. There’s nothing wrong with using some wireless gear, but your guitar players and singers and drummers and keyboard players who stay in ONE place on stage for an entire set of music do NOT need wireless mics and/or instruments. The student event I mixed in Florida earlier this week was the first time I’ve seen musicians actually roam a stage in the church since….you know what? I can’t even remember when, but in that case it would have been a nightmare of tangled cables if they hadn’t been wireless.

I know wireless mics make for a cleaner stage and easier transitions, but good cable management can go a very long way toward achieving similar results. Plus, nothing sounds better than a hardwired mic. Wireless mics have come a long way, but there is still a difference. And you’d be surprised that there are still many big name artists who stick to hardwired microphones.

People who move around the most should get first dibs on wireless gear. That’s probably your senior pastor and maybe a frontline musician, but that’s typically a big maybe.

Personally, I would also prioritize wireless in-ear monitors over microphones. I never minded hardwired IEM’s for drummers or keyboard players who are typically trapped on a riser and often seated, but I think it can be challenging for other musicians to use hardwired in-ears especially if they have other hardwired gear they’re using.

Digital wireless mics such as Shure’s ULX/D have the ability to use much less bandwidth than a traditional analog RF mic. That means you can pack more devices into a smaller RF space. Now, I will say that in my experience I haven’t been crazy about the latency of digital mics, but I haven’t had a musician complain to me about them so it’s probably best to let sleeping dogs lie. Plus, latency might be even less of an issue if you are able to use the digital output on the receivers to go directly into a digital console. I haven’t had a chance to try it, but it could alleviate some, if not all latency while also eliminating extra digital to analog conversions making for an even cleaner signal.

Pay attention here if you don’t think you can cut back on your wireless habit. I think there is going to be a greater need to really fine-tune your antenna system to minimize your receivers’ coverage to your performance area. There are a lot of products that have been coming to the market over the last few years to help you really tailor the coverage of your antenna system so you might want to start exploring options.

Once your antennas’ coverage pattern is established, I would examine the use of attenuation on the antennas to reduce interference from outside RF devices even further. The closer you can get your gear to antennas, the less power you will need on the receiving antennas; RF attenuators may be your new friend. If you have a facility with multiple venues using wireless gear, this could be very important to keep those venues from interfering with each other.

I’m going to say this once again because there’s nothing wrong with going hardwired with microphones. You CAN make it work.

As I mentioned, there will be some time before you need to vacate RF space even though the auction is taking place this month. However, manufacturers I was discussing this with last year seemed to think the transition period would ultimately be much shorter than what we had with the 700 MHz auction several years ago. The word I was hearing is the new owners will be pushing very hard to expedite getting people out of their newly acquired RF real estate especially in major markets. So if you’re in a smaller area, you will probably have some time. However, if you’re near a large city, you might want to start planning for this now. With a plan in place well in advance, it will be a lot easier to execute when the time comes. If you’d like some help figuring out how you’re going to deal with this transition, I am available for consulting.

Now, I’m curious. What do my RF expert readers have to say about all this? I’d love to hear your thoughts in the comments. 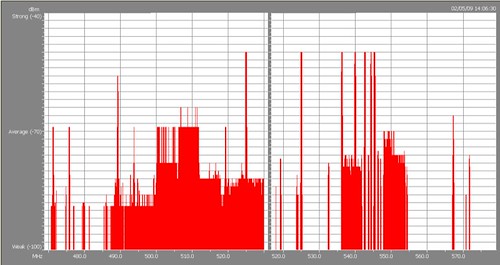 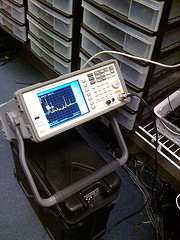 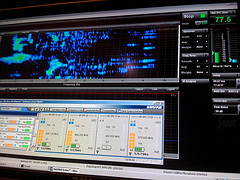 2 Responses to “Time for a Hard Wire?”