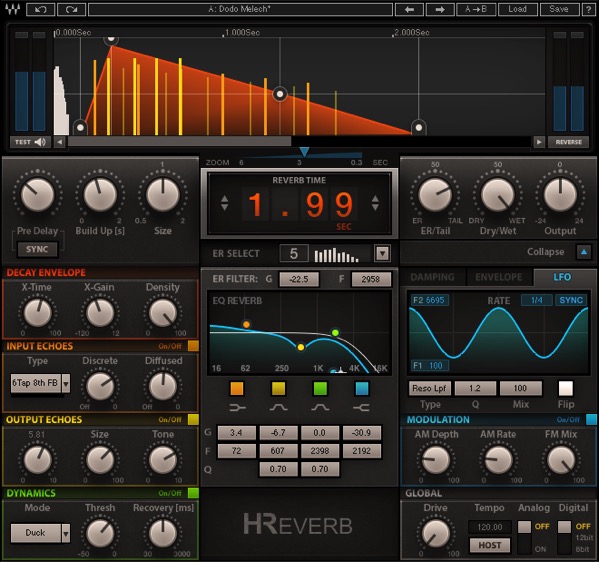 Here’s a recent email I received:

I would love a post about how to do a basic reverb configuration for live worship. For example do you send all vocals to a reverb via an AUX and then return the output to a fader to add into the LR mix? Or is there a better way to do this? Do you want additional reverbs on instruments? Do you ever put a reverb on the LR main bus?

Then I return the reverb back to the console by patching the reverb’s output to a new channel, or in most cases, set of channels for stereo reverbs. Those new channels are then added into the mix just like any other input.

There are a few reasons why I do it this way, but the main reason is all about control. In general, I want as much stuff on faders as possible because when I’m mixing live because a fader is the most accessible way to adjust something. By having the reverb on a fader, I can quickly adjust its level in the mix by adjusting its fader.

Another reason why I do it this way is so I can send many things to the same reverb. This is important for a couple of reasons. For starters, I don’t usually have a ton of different reverbs available so sending multiple things to one reverb helps maximize my resources. I also maximize my own time this way because I have fewer reverbs I need to set up and tweak.

I also send to reverbs this way because when I’m using reverb, I’m typically trying to simulate and place things in some kind of space. Since I typically want to place similar instruments in the same space so that it feels like they are playing together, I want to send them to the same reverb.

So what do I send to reverb? Here’s my go-to, ideal setup for mixing live these days:

All of my vocals get sent to the vocal reverbs. The kit reverbs get the entire drum kit minus anything metal so no overheads or cymbal mics. The small room is for anything else I might want reverb on.

If I have to I can get rid of the long ‘verbs in that list, and I’ll just adjust the short ones as necessary. However, I like having both available to get at the one I want quickly. I also have a tendency to blend the two together at times which I can’t do if I only have one reverb available.

When I’m mixing live I set the aux sends to the reverb at unity and adjust the level of reverb in the mix using the input faders. However, when I’m working in the studio I sometimes do things the opposite way and set the reverb returns at unity and adjust the send levels to get the amount of reverb that I want. The reason for this is really control, and here’s an example.

When I’m in the studio I sometimes have a reverb where I’ll send a variety of things. So I might have a vocal, drums, guitars, etc. all feeding into one reverb to put those things in the same space. By sending more or less signal to that reverb, I can create the effect of something being closer or farther away in that space. So if I have a vocal and a guitar sending to one reverb, I will probably want less reverb on the vocal than the guitar in order to keep the vocal in front of the guitar. I can do this in the studio because there is more time, and it’s easier to automate this kind of thing if I need to.

In a live situation, I need a different type of control so that studio approach doesn’t really work for me. For example, when I’m mixing in a church or for any type of worship environment, it is not unusual for someone to spontaneously decide to talk in the middle of a song. And when they do talk odds are the vocal treatment I have for them singing won’t quite work when they’re talking. So in that situation I need a way to quickly adjust the FX levels ONLY on the vocals. I do this by assigning all my vocal FX returns to a VCA I have access to at all times so I can pull the reverb down a bit if necessary. If I also had instruments feeding into that same reverb, adjusting that reverb return’s level would affect the mix of the band that is playing underneath the now-talking vocalist, and I don’t want that.

Now, one thing I’ll add is there have been some recent exceptions I’ve made where I’ve inserted a reverb directly on a single input and adjusted the amount or reverb using the reverbs wet/dry control. In those cases I needed something very specific for that instrument, and the console I was using offered enough processing power that I could do it this way and not burn another input on another reverb. Since I knew I wouldn’t need to adjust settings in those cases, I was comfortable with this approach. However, this is extremely rare for me to do.

I hope this all makes sense. If you have a unique reverb approaches of your own, other questions about reverb, or even other things you’d like to see me write about, please add them in the comments section for this article.