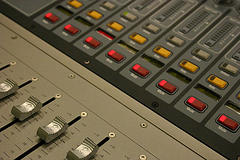 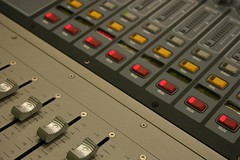 I was reading the latest issue of FOH and Larry Hall had an article about a one-off act he worked with. The act was flying in and brought the show file from their current tour thinking they could just load it into the rented digital desk and everything would match. But it didn’t because they were using a different mic package, backline, and loudspeaker system. Larry sort of slammed the band crew for their naivety in thinking it would work, but I think a big part of why it didn’t work relates to the way live sound engineers often set their gain structure.

In my narrow experience, there seem to be two ways of setting channel gain structure on a mixing console for sound reinforcement. I don’t know that either is the right way. I definitely lean towards one way of working and as a result may talk about it like it is the “right” way. But I have very good friends who go the other way and have smoking mixes. I do believe that one way is probably more practical and the other more scientific. I mostly have my preferred way of doing things because that was the particular way I was taught and old habits are hard to break, and I’ve gotten to a point where I can make it work for me. My guess is you’re the same way, but if you’re not here goes.

The first method is what I see most often in the world of sound reinforcement. Basically, the engineer takes his faders and puts them all at unity and turns up the gains until he gets the level he wants in his mix. This is a very practical way to mix, and on an analog console it might even be the best. There are a couple of great things this method has going for it. For starters, it’s always easy to get back to your baseline mix because you just put all the faders back at unity. Another great thing is your faders all pretty much hang around unity which is where they are most sensitive in their throw; if your faders hang down around -20 or -30 and you move the fader a couple mm, you could be adjusting several dB on that channel vs fractions of a dB around unity. In my view, the biggest downside to mixing this way is that if you need more of a signal than the fader at unity gain gives you and you push the fader above unity you’re now boosting your signal in the wrong place on the console. This leads into the alternate approach.

The second approach is more of what I’ve seen in the recording world and is also my preferred way of working for the most part; I do follow the first method at times, but lean towards this second method for most of my channels. In the second approach, the console gain is used to get an optimum signal level and then the fader is adjusted to provide the level of sound the engineer wants in his mix. I lean this way primarily because I have more of a studio background(I get called out on this all the time when folks “see” my mixes), and this is how I was trained and worked for a long time before I got back into sound reinforcement.

While my reasons for working this way are primarily personal taste, there are some benefits of setting gain this way. For starters, it’s how the equipment was designed to be used. Setting your signal level around unity is how you keep your noise level down. The mic pre’s on the equipment are designed for bumping your mic level signals to line level, and outboard gear works the same way. Faders above unity in analog world boost the entire signal including the noise floor which can be problematic especially on lower end gear. Recording engineers prefer this second method because driving signals hard to analog tape will compress a bit when pushed, and a lot of engineers dig that sound. In fact, they love it so much there are a bunch of plugins on the market designed to simulate this effect in the world of digital. Part of why I still mix this way is I do a lot of work on a digital console and there are some strong arguments for getting signals running hot. While this gets debated quite a bit, I do find that the plugins we use on the Venue tend to like getting hot signal levels more and work a little better that way.

Getting back to the FOH article, my guess is that the visiting band’s crew mixed using the first method I explained, and I think this is part of why they had problems. They were using different mics and backline so their gain structure would have been completely different. If the engineers had set their mix up for signals at unity or even just a targetable level instead of faders at unity, they would have simply had to adjust all their gains for the new mics and backline and their mix would have been almost there. Sure they would have had to tweak EQs a bit for the different gear, but their relative mix would have probably been there. This is a big reason why I think in the world of digital consoles–especially if you’re loading your show onto different consoles every night or anything can change between rehearsal day and performance day–my method of setting gain might be more practical at times. With the signal level method, I know I can always just get my signals back where I normally put them, and it will all come back together; on the Venue my faders always go back where they’re supposed to be so I can restore things very quick.

Now, I’m not looking to debate which method is wrong or right. I’ve seen them both work, and if your mixes are already slamming stick with the way you’re doing things. I don’t try and convert my friends, and they don’t try and convert me. But if you are new to the world of digital mixing and haven’t tried mixing with your signals looking pretty, give it a try sometime if you’re feeling like trying something different.

5 Responses to “The Great Gain Debate”