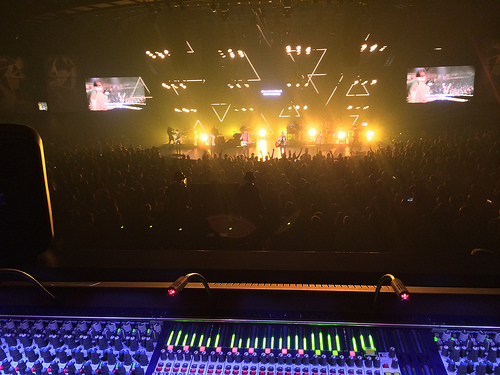 I haven’t posted one of these in a long time, but I keep seeing a common thread come up that I’m not sure I necessarily agree with so it seems like a good time for one of these. Basically, I keep seeing articles and social media posts about how the vocals are the most important thing.

I’ll admit I am a big advocate for vocals within a mix, and in my own trainings I talk about how important the vocal can be. However, I think it’s sort of one dimensional thinking to just assume and assert that “X” instrument is always the most important thing. As engineers, I think we should go a little bit deeper and not simply think of mixes in terms of instrumentation. We should approach mixes in terms of the MUSIC.

So what exactly do I mean?

Well, let me offer an example that caught my attention recently. The song is called Itch by the band Nothing But Thieves. Go ahead and give it a listen over on the YouTube or you can hit the Spotify embed below. As you listen pay attention to the relationship between the instrumentation and how it supports what the song is driving at.

When the first chorus hits, I would argue it is NOT the vocal that is most important. In the initial moments of the chorus the lead singer sustains the word “I” alternating it between a couple notes over the course of the first bar and a half, and in my opinion it’s the guitars and bass with the more interesting and emotional musical content here. Consequently the vocal is a little tucked into the instrumentation here. Then the vocal comes up a bit for the rest of the chorus as the lyrical content kicks in, however, the instrumentation is still quite strong here because it offers emotional support to the vocal.

As the second verse opens, you can hear an immediate contrast as the guitars noticeably pull back in the mix as the vocal comes in, and by noticeable I mean this is clearly a fader move. In the second chorus, it sounds to me like the “I” is doubled and up a bit in level from the first chorus which adds intensity to the song and what the singer is trying to get at. Compare that, however, to the level of the delayed vocals in the initial part of the bridge where they are tucked back as it is not the central musical element.

Music is not a static pyramid of instruments we build up. It is a living, breathing creation and the trading off of musical ideas between instruments is part of what makes it so exciting and enjoyable to listen to and participate in. A vocal is simply ONE instrument in the musical palette.

When the primary content of a song is being delivered by the vocal, I believe the focus should be on the vocal. However, that vocal may not always be delivering content this way.

If you’re engineering in a church and would like another example, take Kari Jobe’s version of Revelation Song from a few years back. You can start listening from about 3:55 on.


When the band kicks in around 4:11, notice what happens to her vocal. It sinks into the instrumentation. Again, the vocal isn’t the main thing at this point.

As engineers, it is our job to understand the MUSIC and what is most important within the music so we can mix accordingly. This is a principal idea in my Priority Mixing workshops. The mix needs to support the song with what it needs at any given moment, and in a lot of music–including worship music–that will fluctuate. When the vocal is the main thing, by all means make sure it’s the main thing to the listeners, But when it’s time for something else in the music to be the focus, make sure that other element gets the attention from the listeners it should have. 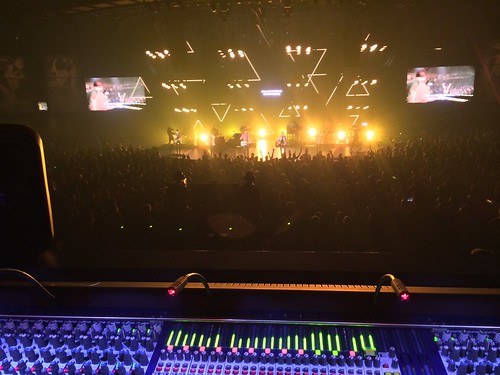