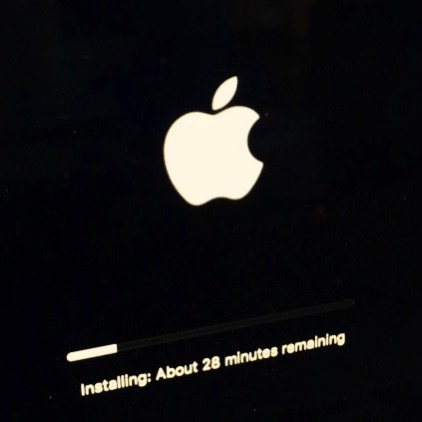 Hope for the best…

November 30, 2017 David Stagl
Off
Audio, Surviving the Gig
Share This

…and plan for the worst.

As I mentioned a few weeks ago, I had a few computer issues related to OS versions, but I think I finally got things worked out. It wasn’t quite as smooth a process as I’d hoped it would be, but in a lot of ways it wasn’t too bad because I was prepared for this sort of thing. My studio’s emergency plan isn’t far off from what I practiced for a long time with consoles and FOH computers, so this might be of interest for you.

The plan I have is two sided, and the first side is the Data. At FOH these were typically console show files and templates, personal presets, and then anything else I might need like input lists and drive rack configurations. Best practice is to have 3 copies of everything–2 local and one off-site. When I had consoles I maintained I typically had a USB drive that was always plugged in for routine backups, and then I always back up show files on my personal USB that is with me at all times. In addition, each console I managed had the exact same compliment of show files on it. Things like input lists were always in Dropbox or some kind of Google Drive so there were copies all over the place spread across multiple computers and portable devices. These days I have a variety of things from personal to professional information to maintain, and it all gets backed up for me on an ongoing basis. The point is, I always have easy or at least relatively easy access to a backup of all my data.

The other side are Apps. This is any software I use from the mission critical stuff down to the small things I’ll miss. At FOH I always kept a copy of the console’s latest software version easily available so I could reinstall if necessary. I typically wiped consoles at least once a year and sometimes more often as part of ongoing maintenance. I’m not sure how necessary that is with all desks these days, but if I know there is any kind of PC/Windows base involved I’m going to wipe it at least once a year.

The latest software installers for things like Smaart, driverack control, RF monitoring, and multitrack recording all resided in a folder on my laptop. When a new version would get installed, it would get copied into that folder so I could always quickly share those contents via something like Dropbox or over a network. Important drivers for any hardware would also live in this folder. These days I keep installers on an external drive. I also always try to have an OS installer nearby on some form of portable media as well. These days that tends to be a flash drive, and who knows what it will be in the future. Again, the point is to have everything ready and organized ahead of time so I can quickly get things up and running without having to wait on anything or anybody.

I did, however, discover a small wrench in things with applications this time out. More and more of the apps I use have online installers now. So while I had a local file to start the process, the installers use the cloud to get everything. That might not seem too big of a deal, but I had a couple of sketchy internet days during my process. So what would have typically taken me an hour or two stretched into about six hours trying to download stuff. I’m in the process of trying to figure out a new plan for this in the future.

One of the questions someone asked me during my process was why I didn’t just restore a full system from a full system backup. Part of my issues stemmed from the typical OS bloat that just seems to happen over time. On production machines, this doesn’t tend to be as much of an issue for me because I usually devoted a machine to one or two tasks and never installed a lot of other stuff. My personal machine, however, handles a lot of things for me from serving as my studio machine to my Smaart rig to business admin tasks, writing, etc, etc.

I maintain a full system backup for the event of a catastrophic failure where I need to be up and running again very quickly. In this case, though, going to that would have restored some of the issues I’d already been having even on my original OS. If my laptop hard drive failed tomorrow, I’d use that backup now, but in this situation I was looking to wipe things and start over and all of my stuff is running a lot smoother now because of that.

Getting back to my particular situation a few weeks ago, I had two different issues I ended up needing to solve. On the one had I had OS compatibility issues with some of my software requiring an updated OS. On the other hand, upgrading my OS destabilized some things that were working. So I ended up settling on running both OS systems.

I have two partitions on my machine now. One is running an older OS where Pro Tools is rock solid for me while the other is running Sierra to get some other things running. Each OS partition has some basic stuff setup that I use quite a bit like email, Dropbox, and some other web related tasks. Dropbox uses the same folder no matter which OS I’m in so I don’t end up with duplicates and everything is always current.

With this setup I can be in either OS to get the core of what I do done. Then I simply reboot into whichever OS I need for tasks where the specific OS matters. For example, when I’m in my studio I’m working primarily in the older OS, but when I’m out on the road I’m in the newer one. As compatibility with the latest Mac OS starts coming online in the next 3-6 months, I’ll probably update Sierra to High Sierra and keep the older partition just in case. Then in the future I’ll probably start leap-frogging partitions with upgrades as needed so I always have a stable platform I can fall back on.