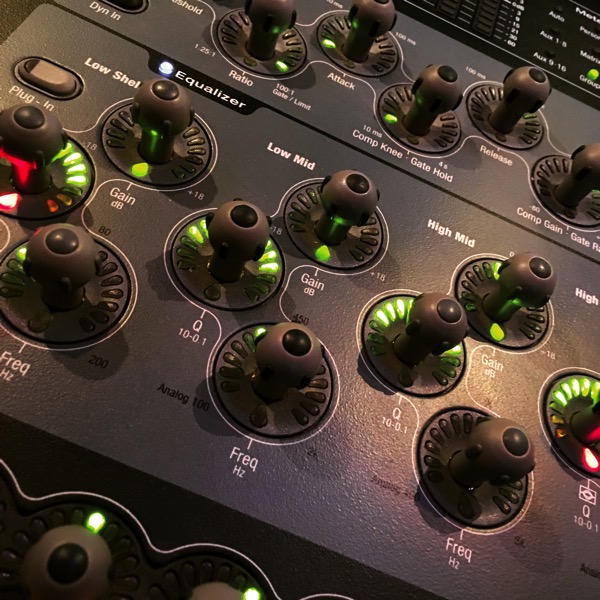 Steven Slate from Slate Digital recently posted a video with a great strategy for using equalization, and I’ll post a link to the video at the end of the article. In the video, Steven looks at answering two of the biggest questions regarding EQ: When should you boost with EQ and when should you cut?

At this point in my career, I consider myself a bit of a reformed subtractive EQ Nazi as there was a time when I definitely worked to steer as many engineers as I could away from boosting with EQ. These days my strategy for applying EQ in a studio environment is very close to Slate’s, although, it’s a little different in the live world.

So what is Slate’s strategy?

It’s simple, but I can still see this as a little confusing for newer engineers as there is a fine line for a lot of people between having too much of one thing and needing more of something else.

When you’re starting out with EQ, the natural tendency is to only hear in terms of what you need more of. You think a dull sound needs more treble so you turn that up. Or you think a bright signal needs more bass so you turn that up. Nowhere is this more evident than in the car stereos I frequently encounter in rental cars. Every tone control is on nuke 95% of the time. A mindset for turning things down is simply not natural for most people.

While boosting EQ may not be the evil I once called it, there are still some things to watch if you’re doing it. For starters, turning anything up in the live sound world brings you closer to running out of gain before feedback. Personally, I find if I have something at the right level to begin with, I don’t want to make a portion of it louder in order to avoid this especially when I’m working with vocalists or presenters. I am often riding the edge of feedback, and boosting something a couple more dB may be all it takes to get something ringing.

The other thing to watch with boosting EQ is it may increase your signal level which can reduce your overall headroom. On legacy analog studio consoles, this could sometimes create desirable saturation effects. Modern DAW’s with 32-bit floating point architecture also help with this because the architecture makes it very difficult to clip the mixer internally. However, in the live sound digital consoles currently on the market, we don’t usually share either of these benefits, and gain staging and headroom are two things we still need to be mindful of. That doesn’t mean you should never boost, though. It just means it’s better to be strategic when you do boost.

This is why I’m still a firm advocate for mostly cutting with EQ or using what is often referred to as subtractive EQ first. I especially recommend new engineers lean more heavily on this because that’s how you develop that muscle. You have to train yourself and your ears to hear the “too much”, and one of the best ways I find to do this is to force yourself to do it by avoiding boosting with EQ’s at first.

So how do you learn to start chasing after “too much”?

I think mix engineer Billy Decker has a good way of putting this: Find the pain and reduce the gain.

When you have a sound you feel needs some EQ love, think about what’s bugging you. If your brain is stuck on what’s missing, that usually means there’s too much of the exact opposite. For example, if you think something should be brighter or could use more treble, there’s probably too much of something in the lows and/or low-mid frequencies. Take a filter in that area, give it a bit of a boost and sweep around until you make the thing that was bugging you even worse. Just be careful because boosting anything can sometimes make it sound like it’s the problem; the key is to fix your brain on what was bugging you before you go searching for it. Once you locate the problem, pull the gain down on that filter a bit. A/B between the filter being on and off and see if you fixed things. Don’t worry if you have trouble with this at first because it takes practice to refine your skills in this.

At the end of the day all that matters is what comes out of the speakers. I’ve written articles in the past showing how boosting or cutting can get you nearly the same sound coming out of the speakers. I’ve just found from my own experiences that relying more on subtractive EQ is typically a safer strategy for live sound. And since it’s a strategy that crosses over into pretty much any audio environment, I believe it’s one worth developing.

Here’s a link to the Slate video if you’d like to see what he’s getting at.

I’d love to hear what you think of his video, and what’s your favorite approach to using EQ these days? Where do you find you struggle the most with using EQ?

2 Responses to “Hearing Too Much”