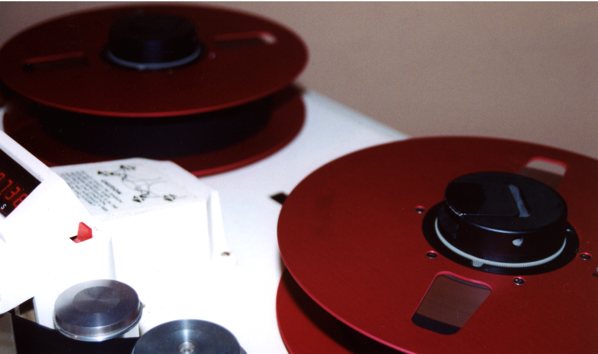 Good Engineering Is Hard To Come By?

My friends Mike and Van recently did an episode on Church Tech Weekly talking about listening to music with great engineering, and Mike followed things up with a post as well. They both made some great points, and I want to add a couple of things to this.

First, I have to agree with Mike and Van that if you’re going to engineer music of any sort, you should listen to high quality stuff to get a good reference in your head of what to aim for with your own engineering. However, I don’t think you need to go back 30 years just to hear quality. In general, I always think it’s good practice to listen to stuff through all eras and genres of music, but let’s be real: stuff recorded in the 80’s probably sounds to younger ears today like stuff recorded in the 50’s and 60’s does to me: old.

Dave Pensado has a great quote that immediately comes to mind:

It’s better to sound new, than to sound good. But the great ones do both.

I believe it’s important not to ignore what’s happening now in music and culture because things sound the way they do now for a reason. If people wanted music that sounded like old music, that’s what we’d have but the charts on iTunes, Spotify, and Billboard argue differently.

A lot of the popular stuff of the day may not always sound great by professional engineer standards, but in some ways that’s OK because the reality is the quality of a good chunk of popular music through the entire history of recorded music is average by the standards of many professional engineers. So while on the one hand I think it’s a great idea to seek out great engineering to listen to, I think it’s a bad idea to discount everything that’s popular because it doesn’t meet our own, albeit more informed, yet, still subjective standards.

The average listener doesn’t necessarily buy and listen to stuff because it sounds “great” and especially not because of an engineer’s definition of “great”. They listen because they like the songs and the emotional experiences they get from listening which, by the way, is maybe the most forgotten and misunderstood thing I see when I talk to other engineers.

Music is not about having pristine clarity and dynamics and imaging. It’s about emotion.

Having great clarity, dynamics, and imaging simply serves and emphasizes emotion. But emotion is the main thing, and if you don’t have that, you have nothing.

So what am I trying to get at in all of this?

If you’re going to engineer music, I think it’s in your best interested to set your reference high by listening to high quality engineering. However, you also need to understand emotion and the experience the audience is looking for when listening, and listening to what’s current might be a better way to figure some of that out.

You need to understand there’s a reason why, no matter how much any of us beg, songs like Whoomp There It Is and [the] Macarena still won’t disappear even over 20 years later. And I know they’re stuck in your head now…again. For this I apologize, but if it makes you feel better they’ve been stuck in my head ever since I wrote that.

I think Robert Scovill summed this all up for me many years ago in a very simple statement for engineers:

When you can get that happening, that’s the real trick, boys and girls.

So this leaves us with a potential challenge. Finding current popular music is easy, but how do we find great recordings to set our reference high that aren’t necessarily old?

I have a couple of options for you to get started.

The first place you can look are the Grammy’s. Every year the Grammy’s present an award for the Best Engineered Album of the year. What you should know is Grammy voters are encouraged to vote primarily in their area of expertise which means professional engineers probably do the bulk of the nominating and voting in this particular category. So check out the winners and nominee’s for Best Engineered Album. You can find a list of some of them here and probably over on the Grammy’s website as well, but I’ll highlight a couple of my favorites from the last few years.

Paper Airplane by Alison Krauss and Union Station won in 2012 and is amazing. This was one of the last records engineered by Mike Shipley and illustrates how tragic it was for us to lose him. Another good one is Ashes & Fire by Ryan Adams. This was nominated in 2013 and engineered by legendary engineer Glyn Johns. Both of these records are a little more acoustic in nature, but you can find stuff amongst winners and nominees across all genre’s of music. For example, Daft Punk won in 2014 for Random Access Memories, and as I type this I’m listening to …Like Clockwork from Queens of the Stone Age which lost to Daft Punk that same year.

Outside of the Grammy’s, another great place to go to find a list of quality recordings is Bob Katz Honor Roll. Bob’s list is starting to get dated, but there are still a lot of great engineered records on it across multiple genre’s. You can also do a search for “reference recordings” on an audio forum such as Gearslutz.com to get more ideas, but the quality of some of the stuff you’ll find on forums can get a little suspect at times. Audiophile forums might also provide some ideas, but again…

Once you’ve got a bunch of samples to listen to, my suggestion would be to throw them all in a playlist and start listening through them on a quality system along with some current popular stuff. As you listen you should start to notice that the engineering in some tracks is better than others. Make notes or even just mental notes on what you’re hearing, and then start chasing some of that stuff when you’re mixing. Another thing you should do is start looking at the credits of the recordings you find to be best. Make a note of those names and start looking for other recordings by the same people.

Now, let me add one more editorial. I think the idea that records are made in a rush and that not as much time is put into them nowadays compared to the past is inaccurate. Modern recording has definitely changed to a degree in the sense that not as much time is spent in large studios, but that doesn’t mean the amount of time spent on projects has changed. In many situations, records actually take longer to make these days due to the rise of home recording. When an artist isn’t on the clock, it’s much easier for them to work longer and in a more relaxed fashion with more opportunities for experimentation and getting it right.

But, at any rate, time is not necessarily a determining factor in quality. The Beatles used to release two albums a year along with multiple singles that weren’t included on their records. If you want a modern example, these days they still cut multiple songs in a day in Nashville with Nashville session players, and the engineering and playing on that stuff is stellar.

My point is, you don’t need boatloads of time and money to make great recordings. In fact, if you want to hear some great engineering that didn’t happen in a major studio, go check out the title cut off my buddy Vance’s latest Rhythm Jets EP. The song is called Velocity, and here’s a link.

Personally, I don’t always care for some of the aesthetics I’ve heard in popular music of the last 15 years, but as an engineer that doesn’t mean I shouldn’t listen to it. The reality is, that stuff wasn’t made for me because I’m old by popular music standards. Just about everyone’s “Golden Era” of music is from about the time they’re age 13-25. That zone often extends a bit for musicians and engineers, but most of us are still drawn to music from a certain era when we were a certain age.

But good recordings have existed throughout most of the history of recording, and you should listen to examples from every era if you’re trying to become a better engineer. You just might have to dig a little deeper to find them.

TweetShare
If you enjoyed reading this post, please share it!
Good Engineering Is Hard To Come By?