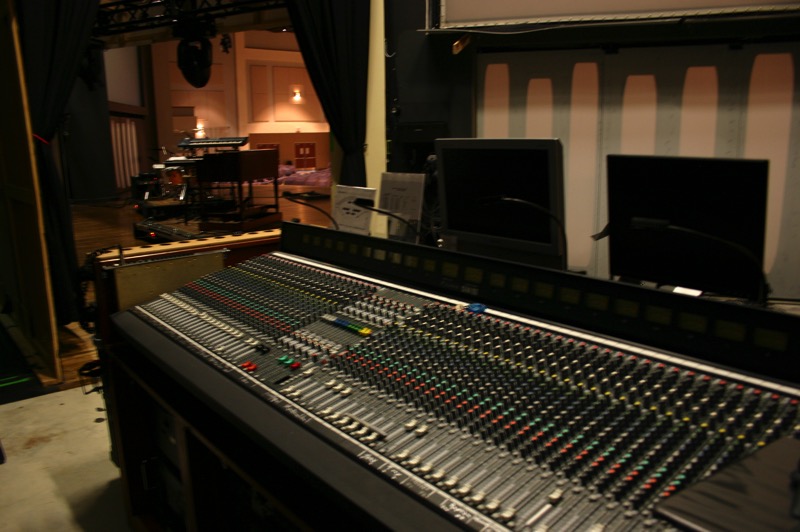 If you’re a digital console user or owner or looking at finally moving in that direction, I have something for you to consider today. Console ownership and investment isn’t what it used to be, and I want to dig in on this a bit.

I was looking through Avid’s End of Life page, and I noticed that support for the original D-Shows ends this year. Now, if you’re not an Avid user or fan, please hang with me because I’m gonna bring this around. So what does this “end of support” mean?

Avid typically lists two dates related to end of life: Final Sale Date and End of Support Date. From my understanding, the Final Sale Date is the last date they are sending new gear out to dealers. Most dealers will stop selling before this, though, because there isn’t typically a final sale date in place until a new model or replacement is available and dealers will stop stocking the old one as sales are replaced by the new shiny object. The End of Support date is important to understand if you’re a user, though, because this is the date they stop manufacturing parts. There will also be no driver updates or software related support beyond that date as well.

The Profile’s end of support date is July 31, 2021, and the SC48’s end of support date is June 30, 2022. So if you are using any of these consoles and plan to continue using them indefinitely, I would start stocking up on parts like faders, hard drives, RAM, console knobs, etc. End of support doesn’t necessarily mean there are no more parts, but it does mean they’re not going to make them anymore so once Avid’s stock is gone, anything new is probably gone.

Now, if you’re not an Avid fan and looking at this as another reason to dislike them, hold on a second because I doubt their approach to this is much different from other manufacturers. The big difference I see, though, is at least Avid lists these dates so you can be strategic about upgrades and selling used equipment to a certain degree. I haven’t had much luck finding dates from other manufacturers, but I’m sure there are variants on how this is handled between different manufacturers and others may have better plans in place for users. You’ll have to do your own research on your favorite manufacturer to find out for yourself.

This makes sense, too, because digital console parts tend to be much more proprietary and not always easily repairable. These range from LED displays to screens to motorized faders to the circuit boards they all connect to. Some things might be OEM such as the faders, but the guts of the system that run the software for the console probably aren’t in a lot of cases. Let’s look at the VENUEs, for example, because I’ve been under the hood of those quite a bit.

The VENUE’s FOH Rack used a basic PC motherboard with typical computer components like RAM, hard drives, and a processor, however, the Mix Engines that handled all the DSP processing along with audio connections for the console were proprietary cards. You might be able to find a replacement motherboard, and I know I upgraded a lot of VENUE hard drives and RAM sticks with aftermarket stuff through the years. Those Mix Engines can only be found from one place, though: Avid. When the Profile hits end of support in a couple years, that’s the end of those aside from whatever is still on Avid’s shelves or floating around still working in the production world. You might be able to find someone to fix a card here and there if you can find a schematic of it, but good luck on all that.

Failures on digital consoles tend to be much larger than on analog consoles making it much harder to limp by on sketchy digital desks. For example, a bad channel on an analog desk can often be patched around. With digital, though, a single motorized fader going bad might actually affect four or more input channels depending on how many banks are on the console, and on some consoles it could affect outputs as well. A bad LED scribble strip could render an entire bank of faders unusable as names and other information becomes completely unavailable. One bad EQ knob could kill that band’s functionality on every channel. The market for those legacy Avid consoles is already small these days, and when support drops I’d venture it will probably shrink even more dramatically because how many people are going to want to invest in gear they may or may not be able to fix?

And, again, this isn’t a knock on Avid. I’m simply using this example because of my familiarity with the D-Shows and Profiles. This reality is much the same for the vast majority of digital desks that have been discontinued and are no longer supported.

Historically, a lot of churches approached console purchases as a 10 year or longer investment. I’m not sure that’s a good strategy in this season, though, and I’ve been advising clients not to think this way. Maybe a better strategy right now might be to get in on a new console within the first 3-5 years of its life cycle, use it for a few years, and then sell it. Or invest in a used console in the middle of its product cycle for a slight discount, refurb and repair it as needed, and then sell it used toward the end of the model’s life or just run it into the ground. Maybe all bets are off, though.

Let’s take Digico, for example. I believe the SD7 hit the market around 2007 which makes it an old model comparatively, but I think that model still has a lot of life left in it due to some of the things Digico is doing differently from other manufacturers. Over the years Digico has upgraded things like their stage racks and mic pre’s, and then late last year their new Quantum engine started shipping which is a pretty big update to the internal guts and power of the desk. Given they just updated their flagship desk, I wouldn’t be surprised to see something similar happen with the smaller SD consoles in time adding life to the entire SD product line. What I appreciate about Digico’s approach with this is they’re helping existing users maintain value while gaining improvements without reinventing the wheel with their surfaces. These updates might still be an investment for owners, but they’re not as large as what is needed to get into a comparable new console. This is an even bigger win, in my opinion, for mixing engineers as well because we don’t need to relearn gear and can just mix. What a concept….

The point I want to make, though, is whether you’re talking to leadership about consoles and longevity and replacement plans or even just thinking about purchasing one for yourself, things can be a bit complicated right now. I don’t think you can go into it with the same expectations we had in the analog days or even ten years ago with digital consoles. Personally, I always want to get the most out of any equipment or software investment I make, but I think those windows of time are shrinking in this current season so more thought should be given to those investments. I don’t think we can purchase digital consoles with expectations to move them to smaller ministries or to even sell them in the future any longer. We can certainly try and might win in this regard, but I think results in this regard are going to be mixed. Personally, I would rather plan on a small window of time to use something and have it work out where I can extend it than to end up in a situation where a replacement is needed sooner than expected, but the budget isn’t available because of an inflexible plan.

Remember, digital consoles aren’t just consoles: they’re computers. So when you’re investing in a modern digital console, think about how often you invest in a new computer, and that will probably give you a better idea of what to expect in terms of console lifetime. You might get a long and fruitful life out of your desk, but don’t be surprised if that time ends up being a lot shorter than you thought it might be based off of past experiences.

What strategies are you using in console purchases these days? What’s working and what isn’t? I’d love to hear about it in the comments or a private message.

One Response to “Consoles are Computers”