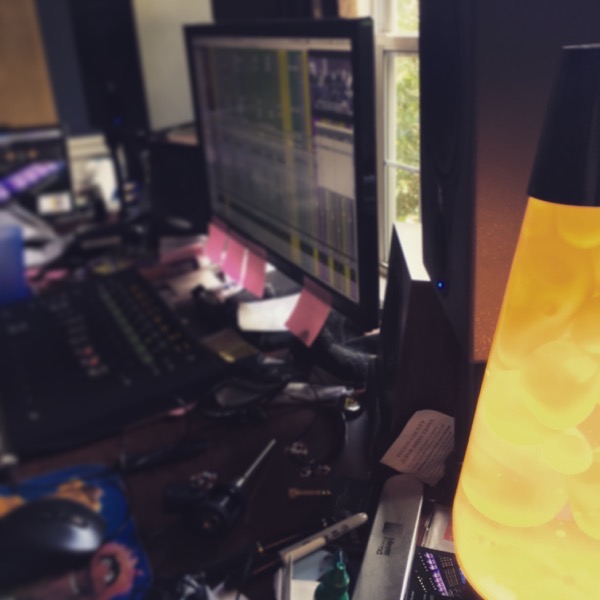 Behind the Glass – Templates – Part 1

I got some questions about a service I recently re-mixed in my studio so today I’m going to start a series to give you a look into some of the workflow stuff I have going on in my studio and how it’s different and the same from when I’m mixing FOH. If you’re looking to put together a broadcast mix suite or to mix services in post or maybe even just to start doing some work behind the glass, this might give you some ideas.

The music projects I’m mixing in my studio range from studio recordings to live events. Sometimes they are album projects or service re-mixes, but most of the time they are just one-off songs. Then I also do a fair amount of audio post-production work. In the film and television world what I do in this regard would technically fall under the title of a “Re-Recording Mixer” as most of the time I’m mixing audio for videos, but there’s often also a bit of “restoration” work that takes place cleaning things up. On a big project that cleanup would all take place before it hits me, but since the projects I do are typically pretty small and often for churches I take care of it all and have no qualms about it.

My process starts for everything I do by creating a new session in Pro Tools which is where I do all of my mixing. I use Pro Tools primarily because I’ve been using it since ~1996, and when you’ve used a piece of software that long a lot of it is just second nature. There’s a little more to why I use it than that and I’m always watching to see where technology is going, but for now I am happy working in Pro Tools. It’s not perfect, but it’s also tremendously improved since I began using it over 20 years ago. Pro Tools is my “SSL”.

All of the sessions I create begin with one of my templates. I have several templates but the two primary ones I use are my Post template and my Music template. The Post one gets used for video work along with voiceovers, audiobooks, restoration stuff, dialogue editing and sweetening, etc. My Music template gets used for everything else.

Templates get debated amongst studio engineers. Some don’t like them because they feel they limit their creativity and lead to cookie-cutter mixes. Personally, I look at my templates as my consoles. They have all of the repetitive stuff set up in them that I hate having to deal with like routing. For, example, let’s look at my Music Template.

I use a series of “Auxes” within Pro Tools for my busses. First I have my Kit Sub-master and “Kit Spank” Sub which get anything drum, perc, and bass related along with any associated FX returns. Then I have an Instrument Sub-master which gets the rest of the instrumentation along with their associated FX returns, and finally a Vox Sub-master for all the vocals and vocal FX returns. Depending on the project I’m working on, I may add additional sub-masters in order to manage things. All of my sub-masters feed into my “Mix Buss” which is another Pro Tools Aux.

This is actually a little scaled back from what I do in the live world where I use more sub-masters or groups for different instrumentation types. A big reason why I have fewer subs/groups in the studio really just comes down to FX returns. I use a lot more FX in the studio and also in some different ways than I do live, but it’s very common for me to double-up instrument types in the same FX in the studio. For example, I usually have some kind of ambiance, short room thing and I often have guitars and keyboards feeding into that. So that FX return and the stuff feeding them all need to hit the same sub-master because if I adjust or process that sub-master I need to make sure all of the FX follow. If I had a separate guitar sub and the FX returns weren’t in it, if I processed or adjusted the level of that sub, the FX wouldn’t follow those changes.

My Mix Buss is my Master and has all of my buss processing pre-loaded with my settings. For music, there’s typically some kind of console buss emulator, a Buss Compressor, an EQ just in case, another saturation/harmonics thing, a tape emulator, a mastering limiter/suite plug-in, and finally my Metric AB plug-in. The Metric AB plug-in lets me load in reference tracks so I can flip between them and my mix which can be very handy, and I’ll talk a bit about referencing in another post. Now, I say that this processing chain is “typical” because my chain, like my template, is constantly evolving. I also don’t use everything every time.

My Mix Buss feeds even more destinations. First up are my monitor outputs, and right now I have three different sets I alternate between while mixing which I’ll talk about in a separate article. Next is my Print Buss which I use for printing or bouncing final mixes. The Print Buss has a Waves Dorrough meter inserted which I love for using while mixing music. Sometimes I might also throw a loudness meter on this as well which is important for meeting broadcast delivery and streaming platform specs. These meters are on my Print Buss instead of my Mix Buss because sometimes I automate my Mix Buss, and I need my master meters to be downstream of it. The last feed from my Mix Buss is to Smaart.

Basically I have an output on my interface that loops back so I can look at the RTA in Smaart. I’m in the process of figuring out if I can replace Smaart with the RTA in Metric AB, but part of the truth is I’ve been looking at Smaart’s RTA for well over 10 years now so it’s data makes the most sense to me and probably isn’t going anywhere.

There’s still a bit more to my template, but I’ll save that for next time. In the meantime, if there are specific things you’d like to know about related to my approach mixing in a studio environment, please let me know in the comments.