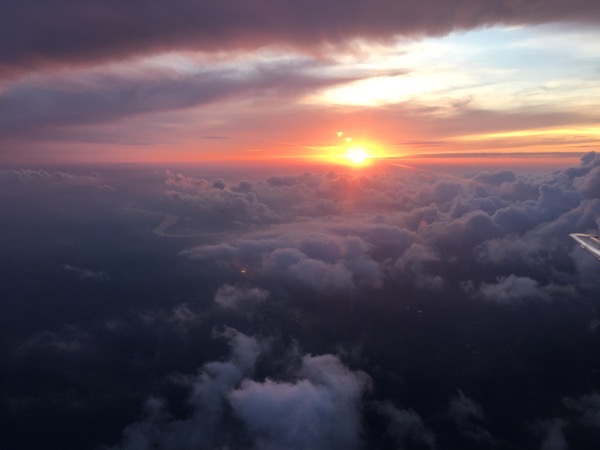 When I started this website back in 2005, it was much more of a journal of what I was doing in audio. Over the years I’ve drifted away from that a bit into more educational-ish content and opinions, but I’m going to try and get back to that journey whenever I can.

Earlier this year I was doing a fair amount of training visits around the country with churches mainly in the midwest and the south which were a blast to visit. I’ve spent more time mixing over the last couple months, though, as summer vacation has been kicking in.

In the week I handle projects in my personal studio that are typically audio post-production related for churches and other production companies. Sometimes these are as simple as cleaning up a narration, but some are full post for broadcast TV. I’ve also had some music projects come in here and there and would love to do more of those especially related to live recordings so if your church is looking to do a live worship project, I would LOVE to talk to you.

Weekend mixing is usually related to churches and right now I have two primary clients with one-off’s sprinkled in here and there as my schedule allows. My first primary mixing location is here in Atlanta at Decatur City Church which is one of North Point Ministries’ campuses, and the second is Christ Fellowship in south Florida. The two churches are quite different environments which keeps things interesting for me. For example, last weekend I was mixing at CF’s latest campus in Port St. Lucie, FL which features about a 2000 seat room with a nicely sized L’Acoustics K2 rig. On the other hand, this weekend I’ll be back at Decatur City which is a portable church holding services in about a 300 seat ballroom using a compact d&b system.

These weekend mixing gigs will be slowing down for me over the next couple of months, though, as my training and advising work is picking back up. I still have openings in the fall so if you’d like to have me visit to work with you and/or your team and help take things to the next level, please get in touch soon. I’m also trying to find some time in between everything to work on developing a new workshop to potentially take around the country, and hopefully I’ll have more on that in the coming weeks.

One last thing I should mention is I recently partnered with Waves to help launch a Facebook community dedicated to worship production. If you’re using their plug-ins for your church, please come on over and join the community. There have been some great discussions over there so far.

– So what have I been learning?

I’ve never professed to know everything, and that’s still the case. A lot of what I’ve written about over the life of this website has related to what I was learning at the time, but the biggest things I’ve been focused on for the last couple of years are more business related. You know, glamorous things like marketing and contact management. I’m not complaining, though, because they’re interesting for me and typically don’t involve much math, but it’s not stuff I really want to write about. As far as audio goes, though, I’ve been finding that learning is a bit different for me at this stage in my career.

The audio side for me right now is more about getting new and different ideas rather than big concepts, and I don’t typically associate that process as learning anymore. Hearing about mic preferences and techniques or compressor choices involves understanding, but it’s the kind of thing that often just takes a few sentences. It’s not deep stuff. It’s more about geeking out with other engineers, and I do enjoy those types of conversations and have a circle of people I still love stealing from. I just don’t actively seek this stuff out as often anymore because I’m pretty happy with my workflows these days, and my clients are happy as well. There are still little discoveries for me, but it’s not the game changing stuff I once felt like I was finding more regularly.

Here’s maybe another way I can explain or confuse this. If mixing is painting, I spent a lot of years learning how to paint, and I’m pretty satisfied with my abilities at this point in my career. When I look at one of my paintings now, I’m not asking myself if it’s a painting any more. Once upon a time I was, though, because that was part of the process of learning how to create a painting. The vision in my head back then didn’t match what was ending up on the canvas so I had to learn how to get the vision to match the final picture. There was more involved in understanding techniques and application at that point.

I use a different form of evaluation now, though, and the solution to things I’m not satisfied with isn’t due to a lack of knowledge or understanding as much as it was at earlier stages in my career. For example, I was listening through last weekend’s board mix the other day, and there was some little stuff that wasn’t doin’ it for me. So next time I’m in that room I’ll take a closer listen to those things and adjust as I deem necessary based on the context of the room and what I’m trying to achieve with the mix. But I don’t need to get on the phone with my mentors to figure these things out anymore.

Did I learn something from listening to my mix? Sort of, but it’s more like I created a checklist. I mean, in some senses I learn something every time I mix, but that’s such a cliché. At this point that stuff is more about refining things and staying fresh for me, and that’s not stuff I necessarily associate as learning. To me that’s just part of the gig and the journey. It’s in the last 2% which isn’t obvious to a lot of people, but does make a difference in the final mix because details matter.

When I think about real learning right now, it’s typically more about gaining understanding of bigger concepts. For example, when I first started learning about line array theory it took a bit to get my head wrapped around the whole thing. Using compression in a mix was another topic that got deeper than I expected. But finding those kinds of concepts and ideas that are also applicable to where I’m at and what I’m doing at this stage of my career just isn’t as easy right now, and that’s tough for an information and knowledge junkie like me. There’s stuff I’m slowly diggin’ in on, but it’s not the same as when I was starting out as should be expected. There’s a positive side to this, though, because I feel far more creative right now as a result and that’s a side I probably prefer exploring anyway.

But enough about me. What are you up to these days? What have you been learning? Are there things I could help you learn? Let me know in the comments.