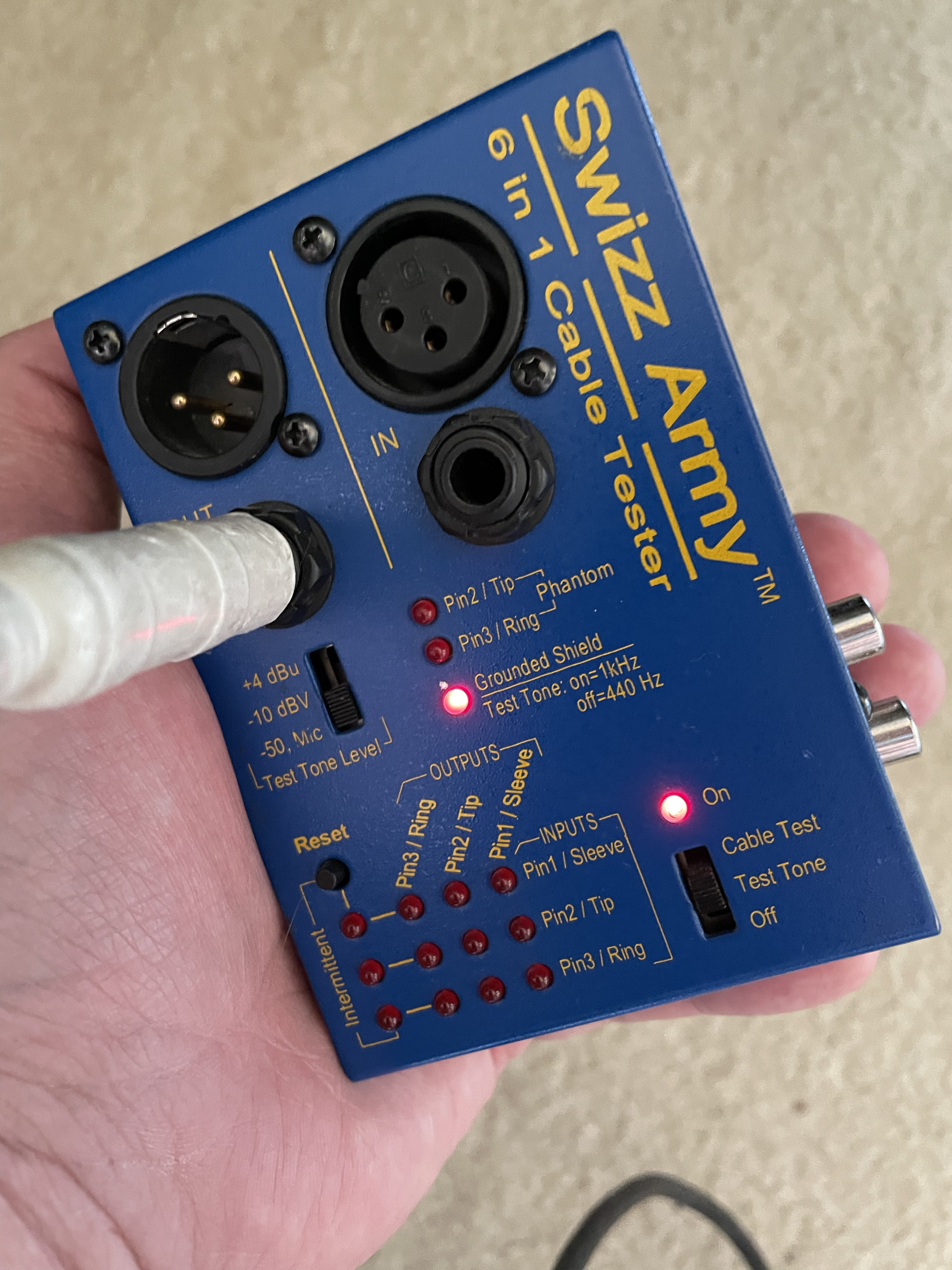 That’s Not a Soundcheck 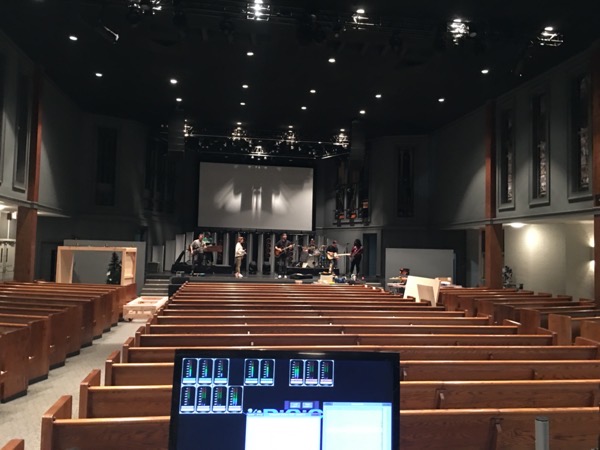 I run into a lot of confusion on the differences between and purposes of Line Checks and Soundchecks when I’m working with churches and training staff and volunteers. There are some similarities and overlap between the two, but here’s the basic difference, and then I’ll break them down further.

– Line Checks are when we make sure our signal paths all work.

– Soundchecks are when we listen to how things actually sound and make sure they sound good or mixable.

Line Check is primarily a technical thing and is often performed best WITHOUT musicians present on stage. In other words, this is something to be done before any of the talent arrives. Once the stage is pinned and everything has been patched, every input or line is checked to make sure things were patched properly and signals are clean without buzz, hum, or distortion. Every console in use should be a part of this process.

I find it’s easiest to perform a line check with at least two people involved. One person should be on stage while the other person is at the console. If you’re using multiple consoles, you’ll need each of those manned as well. Then the person on stage systematically works through testing every microphone and line in use on the stage. Where instruments are already present, they can usually be played, but instruments don’t need to be there to perform a line check.

Vocal microphones may be spoken into, but when it comes to instrument microphones, I like to have someone either snap their fingers in front of the microphone or scratch the capsule with their fingernail. I don’t like physically tapping on microphones because some microphones such as higher end condensers and ribbon mics can be fragile. 10-15 years ago these mics weren’t around many stages, but I see them in use on stages more and more.

For instruments using DI’s, I like to use a small tone generator that can be plugged into the DI. Here’s a photo of my cable tester that also has a tone generator I can output to an instrument cable or mic cable. I don’t think this particular box is still in production, but there are others that will do the same thing.

The general rule of thumb on when to perform a line check is any time something gets plugged in, unplugged, or powered off. In other words, just because it worked last Sunday, two hours ago, or even 5 minutes ago doesn’t mean it’s still working now.

Soundcheck is about checking how things actually sound. I have two goals for the first part of soundcheck: to get a basic level set and to do any basic tonal adjustments needed so I have a “mixable” source. I ask each musician, one-at-a-time, to play as loud as they’re going to get while I set the level and give things a listen. I’ll run up on stage and adjust any mics that need tweaking, and then I’ll address anything else with a bit of EQ. My goal isn’t to get absolutely perfect sounds at this stage because I know some of that will go out the window when I start putting everything in a mix together and all the instruments are affecting each other. On the other hand, I also know that having better sounding sources to begin with makes mixing a lot easier and faster.

Now, some caveats with this. I like to soundcheck as fast as possible because NOBODY likes soundcheck especially when you’re working through musicians one-at-a-time. So I find it’s incredibly important to keep the process moving as quickly as possible. One way I work around this is by starting my soundcheck as soon as musicians arrive. As they start plugging things in and noodling, I start setting levels, giving things a listen, and making adjustments. That way, when we get to the actual soundcheck part of the day I am usually in the ballpark and in some cases I can even just tell the band to go ahead and play a tune.

Another thing I find helps is to soundcheck the drums separate from the rest of the band. The reality is acoustic drums use a lot more inputs than every other instrument so they take longer to get together. Things seem to run more smoothly when I don’t have the whole band standing around while I ask the drummer to play quarter notes on each drum, one-at-a-time, before finally having him play the whole kit.

Another thing that is particular for me are vocals. I don’t like checking vocals without an instrument playing. It’s extremely uncomfortable for most vocalists, and I rarely get enough material that’s usable. So sometimes I might have someone on stage provide some accompaniment that I can pull out of the house, but other times I’ll just dial them in when the band plays a song. A lot of this really depends on the experience level of the vocalists where I’ll spend more time with the experienced ones and just jump into a song with the inexperienced ones. I can also rough in vocal mic EQ’s during line checks.

One thing I should mention is if I have been cursed to mix monitors from FOH, I will start ball-parking monitor mixes for the band at this stage as I work through each instrument one-at-a-time. In truth, though, I believe we are at a point with technology where most churches should no longer be mixing monitors from FOH. There are far too many great personal mixer solutions available these days. I know not every player out there is great at dialing in their own monitors so here’s a trick:

Get a virtual soundcheck session up and dial in a baseline mix on every personal mixer. Then go around to each musician’s mixer and set that musician’s level/fader/pot to be 10-15 dB above the baseline mix. If you are consistent in how you set your input levels, you’ll put the band in the ballpark this way.

Now, some people would consider all of this a “line check”, but to me they are separate concepts. Some situations allow for combining the two processes, but as things get more complex I find it is a good practice to do them separately.

The last part of soundcheck is checking everything together and roughing in a mix. This is very important for the band so they can make sure their monitors are in good shape. When I performed and mixed in clubs, this was the last thing you’d do before doors opened. In the church world this is typically the last thing you do before a rehearsal.

A lot of churches get confused here, though, thinking running a song is all they need for a “soundcheck” and skip all of the stuff before it. Then they end up starting and stopping to make a ton of changes along the way and before you know it soundcheck is running 20-45 minutes or longer followed by lots of changes throughout rehearsal. There are some situations where I can get away with an abbreviated soundcheck that is mostly just the band playing a song, but that typically only works when 95-100% of the band is the same every week AND it’s not my first time working with them or the equipment we’re using.

When I was on staff at North Point, we did things a little different because the level of musicians on stage allowed it. Those soundchecks were more about building monitor mixes. The drummer–who we had already dialed in before the rest of the band–would lay down a groove while our monitor engineer got him dialed in for each player as an A2, music director, or worship leader relayed changes from band members to the monitor engineer. Next our bass player would start playing on top of the groove. Monitor world would get him good to himself and then start passing him around to the rest of the band. We would work through everyone on stage adding them to the mix along the way. As long as the band was playing music in relatively the same style as the set and not some kind of jazz fusion odyssey, there was usually a pretty good rough mix ready to go at FOH and monitors after this process. Then the band could jump right into rehearsing. Most of the churches I come across these days don’t seem to have a lot of players who are used to just jamming which makes a more traditional soundcheck more appropriate for them.

Is your church currently doing a soundcheck every week? Are there particular things that have worked well for you? Are there things you find yourself struggling with in regard to soundchecks? Please leave a comment and let me know.