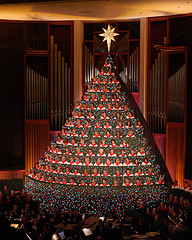 That Time of the Year to Figure It Out

I don’t know about anyone else, but this week starts the final push for me to the end of the year. December is an interesting month because we start running pre-service musi…actually, let’s just call it programming. We run pre-service programming up until our Christmas Eve services which actually take place on Christmas Eve for us this year. The last five years we’ve always held our final service of the year on the Sunday before Christmas, but since Christmas is on Sunday this year we’re going to have our services on Christmas Eve for a change. Then we’re closed until January 8th which likely begins an entirely new adventure for us.

But in the meantime, there’s December and three weeks of pre-service stuff to pull off along with the normal Sunday stuff. I think this is the only time of the year when I’ve had input lists started for the entire month; typically I just do them the week of the service. Based on what I know of what’s coming up in December, I should be fine as long as I can make it through next Sunday.

Now, the extra requirements of December’s programming and our new adventure in January remind me of a post I did last year about how we’ll figure it out. It won’t always be easy, the solutions won’t always be the best, and we’ll learn from them for sure. But at the end of the day, we’ll figure it out. That’s what we do. And, really, the longer I do this, this seems to be where the fun ultimately lies; if only I could remember that in the moment when I’m sitting in meetings.

I’ll keep posting through the month as I figure out how to do things, but just remember:

Doing some testing and comparisons with the new @w

After the services today, I tested to see what hap

TweetShare
If you enjoyed reading this post, please share it!
That Time of the Year to Figure It Out