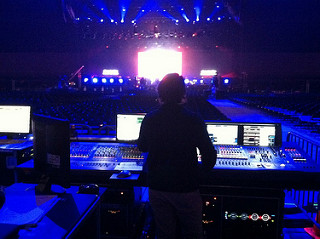 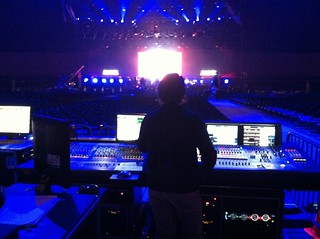 A common question I receive is, “What is the optimum number of FOH engineers for my church?”

This is a pretty good question because I’m a big proponent of figuring out your needs before trying to build up a pool of team members. When I was on church staff I used an “org chart” of positions I was responsible for with the ideal number of people I needed for each role. That way I could easily assess the state of the team at anytime to see where we needed to plug a hole.

So how many engineers do you need?

I’ve probably said this before, but I think it always bears repeating. A mix is an interpretation and specifically the mix engineer’s interpretation of what he’s hearing. There are technical elements to mixing, but ultimately mixing is a musical discipline. So the success of a mix is largely dependent on the mix engineer’s tastes, his ability to apply those tastes to his mix, and whether others share an appreciation for those tastes. This doesn’t mean you shouldn’t provide direction or opinions to your engineers, though. Everyone can benefit from direction and vision. However, depending on the skill level and experience of the engineer, input into a mix may have varying degrees of implementation and success.

I bring this up because just asking a “how many” question doesn’t solve things. You can’t just throw warm bodies at the console…well, I guess you can to a certain extent if you’re just trying to make Sunday happen. However, most of the people I talk to are looking to move way beyond simply making Sunday happen so I’m going to go a little deeper on this and aim for consistency and excellence.

The next challenge in this is mixing is not like riding a bicycle. To excel at the craft requires repetition. The best engineers I know are constantly doing it. I’ve seen engineers take time to get back to their optimum levels after extended breaks. This means if you’re ultimately trying to achieve great results that are consistent from week to week, a deep pool of engineers will work against you.

There’s a reason why tours don’t utilize rotating FOH engineers. More theatrical-based productions may utilize multiple engineers to an extent, but that pool is still typically quite small. This is because consistent results require consistent people. Again, a mix is an interpretation, and if you want a consistent interpretation every week, you need consistent people. It’s also much easier to shape a small number of people to achieve your vision than a large pool.

Now, this doesn’t mean you need to hire someone. When I was on staff I had both positive and negative results with contract engineers as well as volunteers. Being a paid “professional” does not immediately elevate skills to greatness. Similarly, being a “volunteer” does not mean “amateur” skills. I would still put many of my former volunteers against more experienced pro’s because they would win hands down.

Personally, I was always more interested in putting the right person in a seat than worrying about their paid or volunteer “status”. Depending on your location, your ability to find the right person who also falls into the “status” you prefer may or may not be achievable so I think it’s also important to be realistic with your desired results relative to the existing talent you may have available.

I’m splitting this article up into two parts to make it a little more digestible, and in the part, I’ll get into some nitty-gritty specifics of the optimal number of FOH engineers I would aim for.