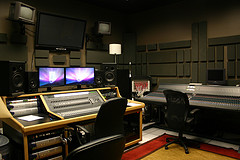 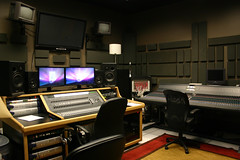 I had a lot of great feedback on my online mix for session 1 of the Drive Conference this year so I wanted to start talking about different approaches when mixing for broadcast as compared to mixing FOH. I did a post on this a couple years ago, but this time out I’m going to break things up over time and hopefully go a little more in depth. Some information may repeat from the older post so you can just take that stuff as things that have actually stuck with me for the last couple years. Today I’m going to start with one of the keys for me when mixing in the studio: calibrated monitors.

It is essential for me to have calibrated monitors for my mix approach. It doesn’t matter if I’m mixing live or for product, I always use a calibrated monitor system in the studio. This is something that I got turned onto by Bob Katz several years ago and relates the signal level of the mix to the listening level of the reference monitors.

The link above at Bob’s site has a ton of great info, but the basic premise is there is a magic loudness level for listeners where volume feels right. By calibrating monitors to this loudness level using a nominal signal level, the mixer can simply mix by ear without worrying about signal levels. He can just push up inputs to where the volume feels right and mix from there. Meters may still be used, but they are simply for checking things and the mix isn’t a slave to them.

In the film world, the adopted magic loudness is 83 dB SPL (C-weighted) and was proposed as a standard reference loudness by Dolby back in the 70’s. The ATSC, which has replaced the NTSC for broadcasting standards now that we’ve entered the digital era, has their own document HERE with recommendations on calibrating monitors. One thing to note is the ATSC recommends different SPL calibration levels based on the cubic volume of the room where mixing is taking place. 83 works great on a large dubbing stage where the major studios mix their summer blockbusters, but it can seem too loud mixing in a smaller studio on nearfields.

The last time I calibrated our studio monitors was before I came across the ATSC document, however, what I’ve been doing is along the lines of their recommendations. It has been a while since I calibrated things, but I believe the last time out I set the level of each of our speakers to 79 dBC using a 0 VU reference point where 0 VU equals -20 dBFS for us in the digital realm per the ATSC recommendation as well as Bob Katz’s recommendation. “-20 dBFS” is another key because it leaves plenty of headroom for peaks and transients.

I’ll end this post with a short video embedded below from Brent Heber over at Pro Tools Profession on how to go about calibrating monitors. If you’re doing any mixing for broadcast type content such as an online service, audio for video, or any TV content, I suggest you look into calibrating your monitors if you haven’t already. I believe it makes mixing easier, and I also believe it has even improved the quality of my mixes.

Speaker calibration for Film and TV from Brent Heber on Vimeo.