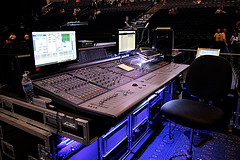 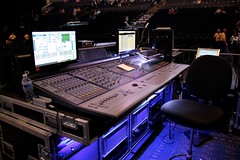 I’m starting a new mini-series today. I was originally going to do this as an all-in-one, but I think my posts are getting too long lately so I’m going to break this up into smaller, more frequent posts.

In my ongoing mixing and engineering, the reality is that a lot of what I’m doing is constantly being revised, refined, abandoned, and/or revisited. Over time I’ve just picked up a lot of different ways of doing things, and I continue to do so. These are going to be some little posts on some things that I’m doing now that I maybe wasn’t doing a few months ago.

So here’s one to get this thing started:

I’ve been an Aux Fed Subs user for several years, but I’ve been sitting on the fence about using them for a bit now. While they definitely have their advantages in cleaning things up in the subs, there are some trade-offs. For starters, it can be very easy for someone to turn up the aux send to the subs when they should be tweaking an EQ. When they start relying on the sub-drive for tweaking the bottom end too much, they end up with mixes that have no bottom everywhere outside the room. Let’s just say that rehearsal CD’s have been eye-opening experiences at times. It’s not a deal-breaker for me, but it still kind of stinks.

Another issue is that it can get confusing where to set the aux send level. On the VENUE, if you set your sub aux to unity, you will not send at unity relative to the L/R busses; you’ll send a signal that is +3 dB above the L/R busses–remember a tone generator is your friend for finding these types of things out. So I found you need to set your aux send to -3 dB to maintain the same output level to the tops and the subs. But that’s for a mono channel. Things get more complicated if we are using a stereo channel since there’s twice the low-end, so stereo channels need to be set at -6 dB. Again, not a deal-breaker, but something that can get confusing to remember if you’re not immersed every week. Sure, I could put a note on the desk, but let’s face it, that’s just tacky looking. Still not a deal-breaker.

The final straw relates to bussing. I like to use busses and groups creatively and strategically to mix. The trouble is if I send something to the subs and then to a group, any level changes I make to the group are not reflected in the feed to the subs; the group is post-sub aux. So the only way to make sure changes are reflected in the subs is to change the actual input fader. The solution was try and restrict inputs feeding groups to things that aren’t in the subs. The same issue comes up if you want to use the master fader since the master fader only controls the tops and not the sub drive. I used a couple of work-arounds, but after four years I’m just tired of this. I want to just be able to route things and move faders and have things work.

So I have a new solution that is sort of a hybrid aux-fed sub thing. There’s no aux to control the level to the subs, but I’m still feeding my subs via a matrix on the console. This way I can still have some control of what goes into the subs and even a bit of the level. For example, my spoken word bus doesn’t feed the subs, but my live music and playback busses do. I also have the ability to pull my sub feed for the playback bus back a bit to reduce the haystack a bit for the video content while punching it up a bit for live music. So far, it is going to be a keeper until I change my mind again so I’ll probably revisit this at some point in the next four years or so…..