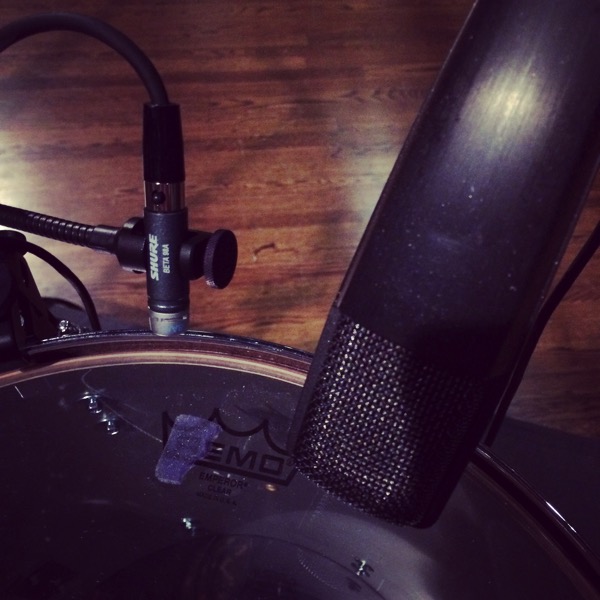 I’m starting to look at microphones as sort of a seasonal thing for me. At this point in my life and career, I’ve kind of formed the conclusion that there are basically a lot of pretty good mics out there if you’re buying professional grade stuff. In the past, I might have felt that after changing microphones, the new mic was better than the old one, but I’m not so sure that was always the case anymore. I think some mics definitely work better than others on some specific sources, but tastes also have a tendency to change. So in a lot of cases, the new thing wasn’t necessarily better. I maybe have just liked it better, and it fit where I was and what I was doing better at the time.

Case in point: our tom mics.

For the last two weeks I’ve been running Shure Beta 98A’s on them, and I think I’m going to stick with them for a while. The funny thing to me, though, is historically I have not been a fan of Beta 98’s on toms, and I haven’t used them on drums since 2006. But seasons change.

When I came on staff at North Point, KSM44’s were the mic du jour for toms, and they worked quite well at the time. I swapped them out at some point for Sennheiser 421’s which are typically my go-to mic for toms. I wish I could remember why, though.

The 421’s didn’t last long and were with Sennheiser e904’s. I moved to the 904’s because at the time our Buckhead campus was having good luck with them, and they clip right to the drum. One difficulty I had with the larger mics like the KSM44’s and 421’s was drummers would come in every week and reposition the drums best for them; after all, not everybody is the same height. The trouble was it was difficult at the time to readjust microphones because of the size of our drum riser and the position of our drum shield. Mounting mics directly on the drums helped with this because drummers could reposition things, and mic positioning remained consistent. Plus, there’s something nice about having lower profile mics.

Last year a couple of things happened, though. For starters, we replaced our drum kit, and the drum sounds improved quite a bit; remember, it all starts at the source. Fix your instruments first! Then as we rolled into December, I needed to add some extra mics to inventory for additional perc needs. I knew our friends at Clark had three Beta 98A’s sitting on a shelf in their warehouse for a few years so I offered to take the mics off their hands. The 98’s served us well for our perc needs in December, but they also got me thinking.

It had been many years since I had tried Beta 98’s on toms because I’ve had mix feelings about them in the past. My memories of using them were they were clicky on drums and not in a good way. However, I’ve also always had a mental note in the back of my mind that the best toms I ever heard in concert were mic’ed with Beta 98’s. Since I have some Beta 98’s in inventory again, I figured it wouldn’t hurt to try them out on our new drum kit.

To test the 98’s, I left the 421’s and e904 in place for a couple of weeks while I mic’ed the drums up with the Beta 98A’s. In all honesty, I really didn’t think I would like the Beta 98A’s, however, in the end I don’t think it was a clean cut victory for either microphone. I don’t see this as a right or wrong mic; it’s simply current tastes. I’ll post clips of each drum below and you can hear for yourself the difference between the two mics. There are things I like about both of them and things I don’t.

Each clip here is one of the toms in our kit as played during the service so you’re going to hear leakage in these, and it will cut off at the end of the clip. I probably should’ve normalized these to get the volume up, but I didn’t get around to that so you might need to turn up the volume on your computer. You’ll hear each tom twice in each clip. The first hit is the dynamic mic(e904 on the first tom and 421’s on the other two) and the second hit is the Beta 98A. There is NO EQ on these clips. This is raw audio.

Your milage may vary, but I’m ultimately landing on the Beta 98A’s for now for a few reasons. For starters, I feel like our current drums are clearer and purer in the 98’s. I hear more of the tone I want to bring out of the drums with these mics while the 421’s are a little more boxy sounding to me in the PA. The 98A’s also have more snap/attack which means I don’t need to draw that out with EQ. I feel like the 98’s allow me to focus my EQ a little more on the enhancement side and not so much on cleanup. That doesn’t mean the 421’s are bad and need cleanup, though.

Finally, I like the lower visibility of the Beta 98’s, and having them clamped to the drums ensures the positioning will stay a little more consistent.

I will say, however, that I’m not a big fan of the cymbal leakage on the Beta 98’s; time will tell if that turns out to be something that bugs me too much. I’ve been OK with it the last two weeks, though.

One thing to keep in mind is while there might be less bleed in the 421’s with the raw tracks, that bleed comes up when I start EQ’ing the 421’s up top to bring more of that attack out. My friend Tim Corder has a nice trick he’s been using lately with the Waves C6 to help deal with cymbal bleed, but you’ll have to bug him about it if you want to know more.

If I end up not liking the 98’s for the long term, I might try the Beyerdynamic TG series stuff at some point, but odds are I’ll go back to the 421’s. I’m just not looking to shoot out every tom mic I can find. In my experience, the drum itself and position of the mic have the biggest impact on things. Beyond that I think it often comes down to how the drum specifically interacts with the mic and personal tastes. Toms can at times be an important player in the worship stuff I’m mixing these days, but at the end of the day it’s not a vocal and thus down a bit on the food chain.

Some may disagree with me, but when you start buying professional grade microphones I don’t think there are that many stinkers. Some fit your tastes better than others, and some fit certain situations better than others. Sometimes they just fit the approach you’ve learned and are used to. In the end, though, I take pride in the fact that I can make just about anything work at this point in my career, and I’m also happy to be in a situation where I can change things up if I feel like I need to. 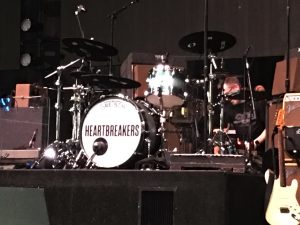 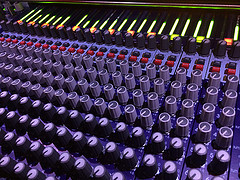