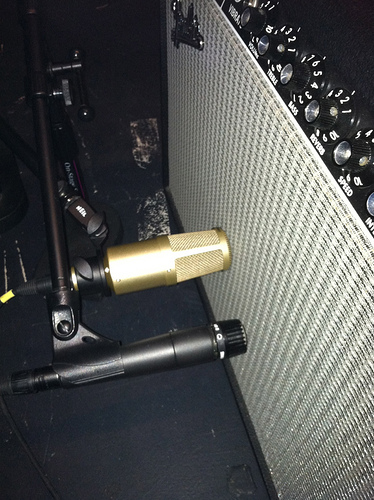 I want to address a common question I see. I get this question a bunch, and I see it pop up on forums all over the place. It usually goes something like this, “I have these [insert standard or expensive-boutique mic], but everything sounds strange. I think I need to get a new mic so what are you guys using?”

So, I have two things to say on this.

First, the microphone probably isn’t the issue. In fact, equipment is rarely responsible for things that sound funny. Improper use of equipment, on the other hand, can often be the problem when things sound funny.

I was talking to a very good friend of mine a few weeks ago about microphones. Both of us work as independent engineers these days, and we come across a lot of different mics we end up having to use. Both of us have our favorites, but the reality is probably 98-99% of professional level microphones are good and usable. It is incredibly rare either of us find a need to swap out a microphone that isn’t one of our personal favorites.

There is no perfect microphone out there. I see endless debates on what the best kick drum mic is, but the answer in most cases is probably the one you already have. The fact is, if you have a pro-level microphone designed for kick drums, they all can work. The real determining factors are how good the drum is, how good the player is, and how good the engineer is. The same goes for guitar mics and vocal mics and pick-your-favorite-instrument’s mics. In my opinion it’s the techniques being used that make the bigger impact in how something sounds.

So here’s the second thing I want to say on this. When something sounds funny, that’s your cue to troubleshoot. As I mentioned a few weeks back, when you are troubleshooting you start at the source. So go up on stage and listen to the thing that’s making noise and make sure it sounds right to begin with.

I can’t tell you how many times I’ve pushed up a fader and heard something weird, but when I got to the stage it all made sense. Sometimes the instrument itself sounded odd. Sometimes the mic was in the wrong position; I find large diaphragm condensers that are upside down all the time, and even I’ve made that mistake. Sometimes the person or people were barely singing or playing or were 3 feet away from the mic. Sometimes there were multiple mics creating phase issues.

The point is there are a whole host of things that can be wrong on stage that make things sound funny. You need to go check and figure out if that’s the case.

Now, I’m not saying microphones are never the issue. Microphones do fail and perform in ways they’re not supposed to at times, but it’s usually because they’ve been dropped or something else has happened to the mic. In my experience, microphones rarely just fail on their own. If you still suspect something is wrong with the mic, the best test is to swap it with the same model microphone to see if they perform relatively the same.

The most common thing blamed for problems is equipment. However, in my experience, the equipment is the problem in maybe 2% of cases. Most of the time, the issue is something else. If you want to engineer audio, you need to learn fundamental audio engineering techniques like mic placement. You can read about them in a book or online. You can even bring me in for one-on-one time or to do a workshop with your team. Ultimately, it doesn’t matter how or where you learn them. You just need to learn the fundamentals. 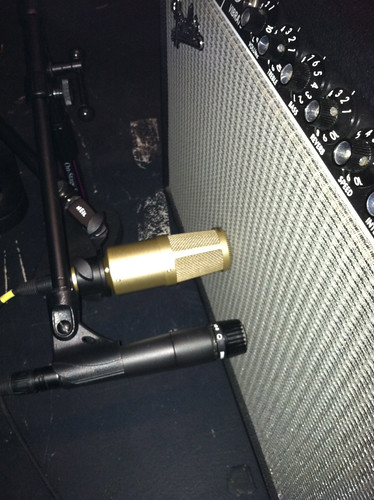