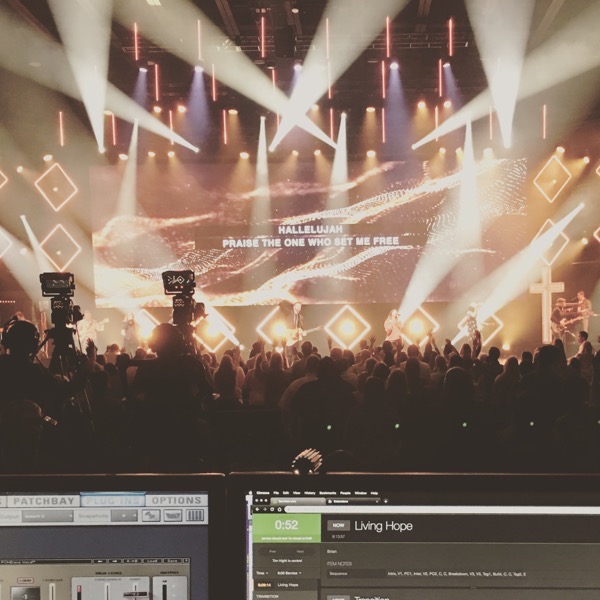 I was sitting in an airport recently on my way home from a gig–bored as always–and my mind started drifting to thoughts of gear and the dangers of gear lust.

I think the relationship we have with our gear is often more complicated than some would like to admit. I’ve heard people I respect talk about how the gear doesn’t matter, and that’s not something I completely agree with especially when most of the guys I hear this coming from spend most of their time working with the kind of gear other engineers lust after. I’d guess it must be hard for some engineers to take these statements with complete credibility.

In my opinion, gear does matter because without it we wouldn’t be able to engineer or mix. And if the gear didn’t matter, none of us would be snobby or picky about it. If it didn’t matter none of us would ever have had rough gigs as a result of the gear, either–ask me about some of the corporate stuff I’ve done sometime or all the underpowered PA’s with inadequate coverage I’ve dealt with over the years or the gigs where all you got was an 8 channel console, but the band that showed up needed 24.

The gear matters for sure, however, when engineers say the gear doesn’t matter, these aren’t really the situations they’re referring to. What they’re often referring to is a misconception/thought/excuse–depending on how you look at it–that without “X” piece of gear, you can’t be successful.

This is an area that’s very debatable especially in light of the equipment that’s available today on the lower ends of the budgeting spectrum. What I come across in small and medium size churches is often on par and sometimes better than what I had access to in a big church 12 years ago, but those small churches aren’t usually getting the results we were getting in a big church.

I may be alone in this because I do believe “better” gear can help you improve your skills, but it’s not a light switch.

For example, when I was first learning to play guitar I had a cheap acoustic that was my dad’s. After a few years I upgraded to a professional acoustic, and I couldn’t believe how much easier it was to play. It didn’t make me a better player, though; it was just easier to play. I still had to continue building my chops from there, however, it was far easier to build those chops working with that new guitar.

Some audio gear is the same way. For example, I became a better engineer working on better PA’s and studio monitors because those speakers revealed a LOT more to me, but just changing out the gear didn’t get me there. Sometimes upgrading gear just illuminates how far you have to go.

So here’s what I think is actually going on a lot of the time when we are lusting after new gear. Those desires may develop for a variety of reasons, but I believe a big one is a lack of satisfaction with our own work. Some of that dissatisfaction may be healthy and motivate growth, but that’s not always the case.

A lot of mix engineers can be their own worst critics, and I can give them all a run for their money in that regard. You have to be careful, though, because if you’re never satisfied you can end up looking for answers to get that satisfaction in a lot of different places. One of those places is often the equipment we use.

So I think one of the keys to getting your gear lust under control is getting comfortable with your work and the results you’re getting.

Consider this: when I study a lot of the A-list mix engineers, I notice they don’t change their equipment much. Some of those guys are mixing on the same gear they’ve used for decades. Their focus is on the results and their finished work. Their tools matter, but it’s more of a taste thing. They’ve picked the things they prefer to use to get the results they want and their clients expect. I’ve also noticed this with myself. I have access to a LOT of plug-ins these days, but on most projects I only use a fraction of them. I know what I want to use to get the job done based on what I’m hearing.

Once you know what you’re going after and how to get it, how you approach your tools and the gear you’re thinking about acquiring changes. It makes the next best thing to come along not as big of a deal because at a certain point your mixes won’t change drastically from adding it to your arsenal. My travels these days put me on a variety of different things from entry and mid-level consoles to the top tier that’s available today, and my mixes still retain a lot of the character of what I do regardless of what I’m working on because at the end of the day a mix is an interpretation. I know what I want and need to do when I start hearing things.

Where I get picky about gear these days is when I feel like it’s holding me back, and the things that hold me back are usually more workflow related than sonics. I mix really fast compared to most of the engineers I come across and some of them have witnessed my frustration at gear that slowed me down. Sure there are times where I might wish the compressors on board are better or the reverbs are usable, but it’s rarely a deal breaker.

Your gear probably isn’t what’s holding you back. If you’re not getting the results you want to get or what your leadership is looking for, the real solution is training and the best training, in my opinion, is one-on-one. That’s why I go all over the country helping other engineers out. I look at what’s going on where you and your team are at and figure out where you need to focus to move to the next level. On rare occasions it’s equipment related, but in 98% of the situations I walk into it’s all about training and building skills.

If you’d like to find out how I can help you and your team find satisfaction in your mixes, hit my contact page and drop me a line because I’m always happy to connect. I’m starting to book visits for 2019 and can also work with you if you’re trying to split your budget across 2018 and 2019.