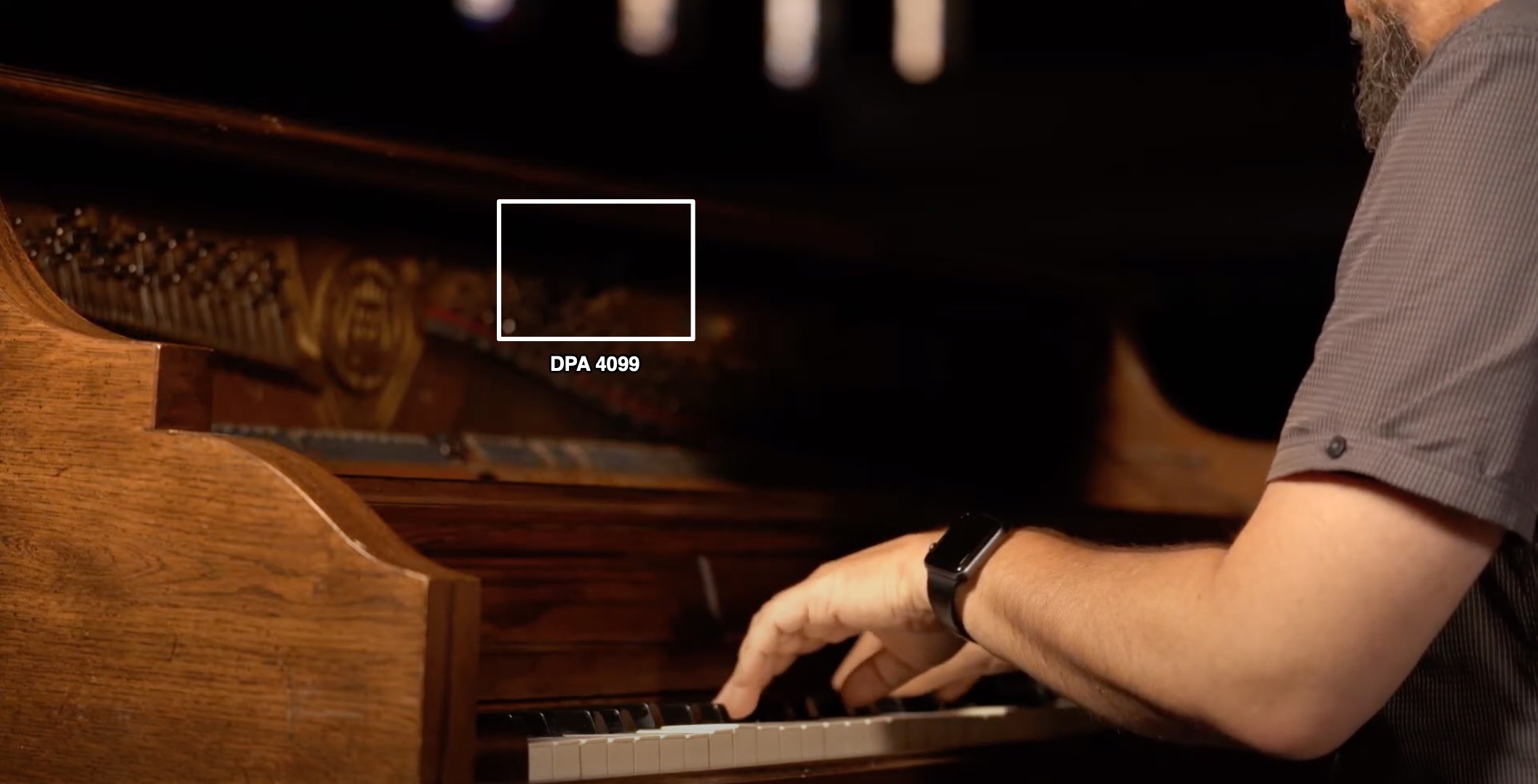 Recording Songs in an Empty Sanctuary

I know these days I don’t talk as much in specifics of what I’m doing as I once did. There are reasons for this that maybe I’ll get into someday, but today I thought I’d talk a bit about a recent project I was a part of. My good friends at Decatur City Church have been releasing songs online they call “Songs From An Empty Sanctuary” where they record some of their musicians performing in their empty room. I’ve had the privilege to work on a few of these in my studio, and a few weeks ago I got to handle all the audio production for a couple of them. I’ll embed them at the bottom of this article. Today I thought I’d get into the recording side of things a bit.

These types of recordings are fun for me because I’m not tied to traditional live stage mic’ing techniques. They’re a little more of a hybrid between studio and live. I say “hybrid” because they were recorded live while being filmed, but there’s no audience aside from the crew. This also makes them interesting because I’m trying to get a great capture while also keeping the technology out of the way and “the shot” as much as possible.

The recordings were very simple in terms of instrumentation. We had an upright piano and a vocalist. But why settle for only one mic per instrument, eh? The joke I had on set was to see how many microphones I could get into play while keeping them out of the shot.

The vocal was very simple on both songs. We used a hardwired DPA 6060 series subminiature lav. I have mixed feelings about labs. Placement can be a challenge to keep them from rustling on clothing while still getting a good capture. I think where we had the mics was relatively inconspicuous, but if you look in the videos you shouldn’t have trouble spotting them because we weren’t overtly trying to hide them like I used to do back when I was working on remodel shows in the early aughts. I had never used this particular mic before, and I thought it sounded pretty good for a lav.

I also had a shotgun up for History Has Its Eyes on You because during rehearsals I wasn’t sure if the lav was going to work. Since April was behind the piano for that song and in much closer proximity to it, there was a lot of piano in the mic and I wanted a safety for the mix.

When it came to the piano, I used a bunch of mics and a few different approaches. First up was a pair of DPA 4099’s taped to the bottom of the piano lid. One mic was over the middle strings while the other was over the highs with both mics aimed at the strings where the hammers hit them. I initially had the mics mounted lower in the piano, but I wasn’t crazy on the position sonically because of how I had to position the mics to keep their profile low. They would have worked, but moving them to the lid hid them better and gave me a better angle on the strings and still kept them inconspicuous.

I think the sound of an upright most of us are used to hearing actually comes from the back of the piano, though. Well, maybe that’s not quite true if you own(ed) or play(ed) one. When I think about all those uprights in grade school music class and assemblies and concerts, most of what we heard came off the back. Plus, the back of the piano is where the soundboard lives. So I really wanted to get some mics in back, but the pews in the sanctuary didn’t offer a lot of flexibility.

On both songs I used a pair of large condenser, Shure KSM44’s behind the piano. For Reckless Love, I initially looked at getting them right up against the sound board. I wasn’t crazy about how the mic would have to sit between the piano and a wooden pew, though, so I started looking at other options.

Another thing about acoustic pianos and most acoustic instruments is we’re not used to sticking our heads right against them to listen. Pianos are made to be listened to from a distance, and I wanted to represent that in the recordings. So I got behind the piano and had someone play a bit of piano while I moved my head around behind the piano. I experimented listening below the back of the pew and above it until I found a spot just above the pews where I liked what I heard. I placed one KSM44 here in cardioid mode pointed at the piano. Then I added a second KSM44 in figure 8 mode just above the first mic.

This approach to mic’ing is called mid-side, and it’s one of my favorite stereo mic’ing techniques. I like it because it sounds very natural to me while also giving a sense of the space. It also provides a lot of control after the recording to adjust the width of things. Its mono compatibility is a nice bonus as well.

I couldn’t use this approach for History Has Its Eyes on You, though. We used the same piano, but where it was placed in the room prevented me from mic’ing it in mid-side. So on that song I placed the KSM44’s behind the piano maybe 6-12 inches from the soundboard. One mic was on the low side with the other on the high side. Once again, I listened in the area before deciding on final positioning. These mics were closer than I would have liked to put them, but I was happy with what I heard after placing them.

In addition to the piano mics, I also recorded the normal audience mics set up in the room. I believe these are a pair of cardioid Earthworks mics. Part of the whole thing with this series of songs has been to give them a sense of being in a large, empty space. They’re supposed to be real and raw, and I figured I should just record the mics if they’re already set up.

Since we were in the main room, we used the Digico SD9’s for mic pre’s. Everything was then recorded in Logic at FOH. We did a few takes of each song, and the producers and musicians picked their favorite take for the master. Then I kicked out the files and took them back to my studio for mixing.

The final versions of Reckless Love and History Has Its Eyes on You are embedded below for you to check out.

Next time I’ll look at the mixing process since it wasn’t as straight forward as you’d think for such a simple recording. If you have any questions about these, please leave a comment and ask away.