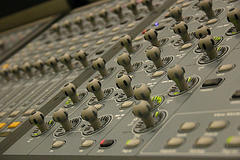 QuickTip – Keep It In Order 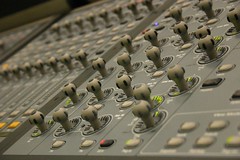 Digital consoles tend to offer a lot of flexibility in their EQ’s allowing the engineer to move any filter anywhere within the frequency spectrum from 20 Hz up to 20 kHz. This is quite different from our traditional analog consoles that typically limited each filter to a smaller band of frequencies.

It might be tempting to just move filters around all over the spectrum to EQ what you need, but my advice is don’t do it. The problem with moving your filters all over the spectral map is it can be hard to locate them later on when you need to tweak things, and this actually bit me over the weekend while I was mixing out of town.

I was working on an unfamiliar console for the first time so I was trying to start with some of the house EQ presets whenever possible especially with talking heads. Of course, when I reached for the knob I thought was the correct one to tweak a setting, it turned out the EQ filters were backwards. The upper-mid band was EQ’ing low frequencies and the lower-mid band was EQ’ing upper-mid frequencies. I reached for the low-mid band to tweak the low-mid’s and inadvertently messed up something that was already working.

This bit me on a foreign console, but it can just as easily bite you. In a typical mix, odds are you aren’t going to remember when you slid a lower filter to a frequency above the next highest filter on a certain input. In the heat of the moment, odds are you’ll grab the wrong filter if you need to tweak something

So keep your filters in order. Use the lowest filter for the lowest frequencies you’re EQ’ing and then move up from there. You’ll make your life much easier when you’re refining your mix.

3 Responses to “QuickTip – Keep It In Order”