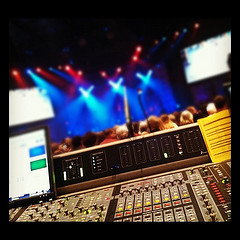 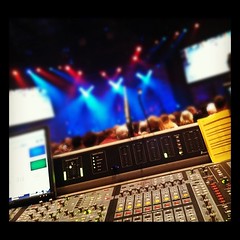 Earlier this year I was talking with an engineer friend of mine who got to spend a week learning from one of today’s A-Level studio mixers. It was cool to hear a little about some of the techniques he learned firsthand from an A-Level mixer, but the course of the conversation really just kept coming back around and around and around to a simple thing: There’s no big secret to mixing.

There isn’t some big thing the A-list mixers know and do that you can learn and all of a sudden your mix becomes magically transformed. Ultimately these guys do one thing: make the music do what the music is trying to do.

You can read and watch all the interviews and even try and stalk some of these guys to ask some questions, but I can save you some time and energy. If there’s any one, universal thing I’ve picked up from all of my research, one-on-one question time, and over-analyzing of the A-list guys, it’s that they are crazy in-tune with music.

These guys GET music.

When you GET music and are presented with a load of channels/inputs/tracks, what you need to do is intuitive.

Sure there are fundamental techniques you need to master like gain staging, processing, balancing, etc. But once you’ve figured that stuff out–and it’s not so hard if you have the aptitude and practice practice practice–and you GET music, when you push up the faders you know where to put ’em and what they need to do for the music.

There’s no 12 step process to a great mix contrary to what some guys might say. In fact, there’s a reason why when you really start looking at those A-list guys, a lot of them just kind of throw all the faders up in the mix and get to work.

Robert Scovill was on Deane Ogden‘s podcast earlier this year, and I think this quote from him really sums this up:

Andy Wallace is one of my favorite mixers, and he recently did an interview in Sound on Sound which was pretty cool in itself because I think this marks the 3rd interview with him I’ve ever been able to find.

Andy Wallace has a very simple technical approach to mixing compared to many of the other guys these days who seem to get a lot of press. The bulk of any processing he does happens right on his console which is typically an SSL of some fashion. His outboard gear is generally quite small and limited to maybe a couple reverbs and delays and one or two outboard compressors. The bulk of what Andy Wallace does when he’s mixing is riding faders making what needs to be heard heard.

For me, a mix is about trying to find something that works and that makes the hairs on the back of my neck stand up, and believing in that.

I’m not saying gear doesn’t matter because it does, and good gear in good hands can definitely make a difference. However, at the end of the day what we do has to be about music and its emotion and power. There is no magical, mystical trick or set of tricks or magic boxes that will suddenly put your mixes in the same league as the A-List guys. You need great musicians and to bring the same musical sensibility to your engineering the band is bringing on stage. Going after anything else is like chasing ghosts.

2 Responses to “No Big Secret”