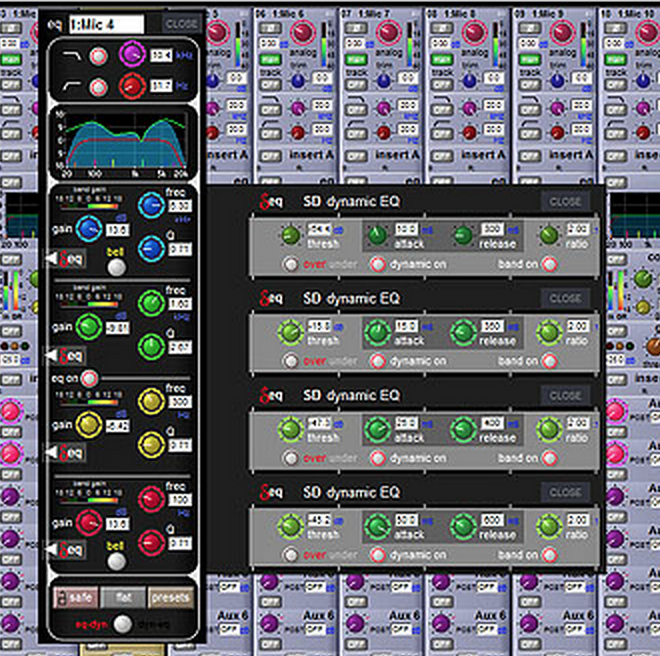 One of the more frustrating things I find with a lot of digital consoles these days are the “default” input settings. Some consoles have really narrow EQ’s. Some have really wide ones. The initial frequency points are often interesting as well. And the dynamics…I’m not even going to go there, but I’m not surprised a lot of newer engineers struggle to figure them out based on some of the default settings I see.

So one of the first things I often do these days when I’m on a new desk is build my own preset for an input. This gets settings in a ballpark for where I expect things to be so I can work a lot faster. I’ll typically name it with either a “!” or “00” as the first characters so it sorts to the top of the presets. That way when I hit an input where I need to zero things, I just load my preset and go.

Outside of this one preset, I don’t really have presets for individual stuff, though. I might start building a library of vocalists and speakers if I’m mixing repeatedly for the same client, but if I have my preset I can usually work fast enough. The key in creating a preset is to pick YOUR favorite settings. Here are roughly the settings I use, but that doesn’t mean they’ll work for you.

2 Responses to “My Own Preset”