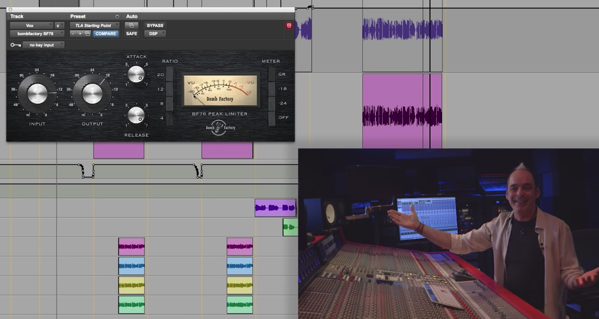 How Much Is Too Much?

In my book, there’s no such thing as too much. There’s only how much it’s going to take to get where you need to go.

As I’ve talked with and studied many engineers over the years, there are often a couple of camps I find when it comes to processing. In one camp we have the engineers who say you shouldn’t do much of anything in terms of processing, and then in the other camp you have guys willing to do extreme things.

Neither approach is inherently wrong, and there are pro’s and con’s and compromises that go with both. At the end of the day, though, all the listener cares about is what they’re listening to. They don’t care how you got there.

There’s no wrong way to make a sound. What could possibly happen? No one is gonna die. – Chris Lord-Alge

One of the keys to this, though, is the ability to discern what approach to take. When do you crank on an EQ? When do you move the mic? When do you retune the PA? It’s not always as intuitive as it seems, and formulas don’t always apply either. You can read a bunch of stuff and sit in classes and seminars and listen to podcasts, but they only get you so far.

That’s a big reason why I’ve been traveling to churches to directly train audio teams in person. We dig in on audio as it relates to your exact situation and context. We talk about learning to listen with intent and look at how to move skills to the next level. Sometimes that means pushing some mics around and sometimes it means turning knobs. In a lot of cases it means doing both.

I’m in the process of scheduling visits for the 1st quarter of 2018. If you want to find out more about how you can up your game in the new year, Contact me through my website so we can look at what the best next step is for you and your team.