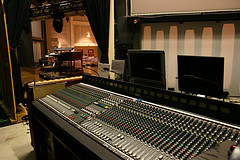 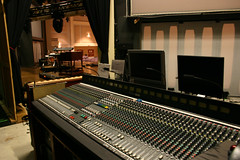 The End of An Era

I found out last week that we are approved to replace our analog monitor consoles this quarter. For the last five years, we have been the only campus using analog consoles at monitor world, and that is all about to change. We’re going digital. The coming weeks and months are sure to be very exciting for our team as we transition to a new way of doing things and a completely digital audio world.

The biggest challenge I see in this process is on the personnel side. All of our amazing monitor mixers are volunteers. While a few have some experience with digital consoles, for the most part we’re going to transition nearly a dozen volunteers from an analog workflow to a digital workflow, and we’re going to do it in a very short timeframe. The first console should be delivered and go live the first week in February.

Over the coming weeks I’ll do my best to document the process because I know there are still plenty of folks working with analog consoles potentially looking at transitioning a team of volunteers from analog to digital. In the meantime, I’ll give you some of the geekier details.

The new consoles are Avid VENUE’s. If you’ve been reading the blog for some time, you already know that we have been long-time Avid users so our staffs are no strangers to the platform; I think these new consoles bring our total number of VENUE’s to 14 across all our campuses. There are a lot of great consoles on the market, but after discussing options internally, our audio staffers agreed that the VENUE is still the best monitor console for our organization.

Continuing with VENUE helps maintains a consistent mixing platform for our organization, and those of you with a variety of varying console makes and manufacturers know exactly how difficult it can be from a training and crewing perspective when that consistency is absent. VENUE has demonstrated to us time and time again that it is a relatively easy platform to learn, and that’s a BIG reason why we continue to invest in the platform. I have maybe two weeks to get our guys–many who have never touched the console–ready to mix on it. While it will be a challenge, it’s not a concern.

In terms of console specifics, we’re purchasing Avid VENUE Profiles. The existing FOH D-Show surfaces will relocate to monitor world since the added encoders make them a bit easier to mix monitors on. The new Profiles will land at FOH. While I’ve loved working on the D-Show for the last six and a half years, I’m looking forward to the smaller footprint at FOH. This will be an easy swap since the control cable for the D-Show and Profile is the same. All existing FOH VENUE hardware will remain in place, and the newly purchased FOH and stage racks will be installed in Monitor World.

The monitor consoles will feature 96 inputs which is a big expansion from the existing 56. This input complement will match our existing FOH consoles with 80 analog inputs and 16 digital coming from Video World. We’ll have enough outputs on the consoles to max out the 24 busses and then some for maximum flexibility between hardwired IEM’s, RF IEM’s, and the occasional wedge. The console will also be loaded with the HDx card for interfacing with Pro Tools which will come in very handy for training purposes–more on that in another post. The plugin complement will be kept to a minimum.

My immediate tasks for the transition are developing training materials and strategies for our team. I’m also in the process of starting to order all the ancillary items that a lot of people forget about when pricing consoles out. These are things like console lights, trackballs for the Profiles, UPS’s, etc. Then I’m working through some of the final logistics about where some of the new gear will go because our existing furniture in monitor world won’t accommodate the new console the same as our current consoles.

The next few weeks will definitely be keeping me busy. I will try and keep a running log of things whenever I can. In the meantime, if you have any questions, please feel free to post them in the comments.