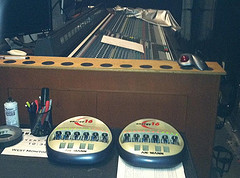 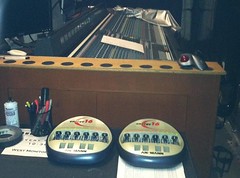 A fair amount of people have asked about rechargeable batteries on Twitter so I figured I should do a post on it.

For those who don’t know, I switched our AA batteries from Duracell ProCells to rechargeable batteries a couple months ago. I feel like there momentum has built behind production use of rechargeable batteries over the last couple years, so it seemed like it was worth investigating the option. I did some testing for a couple months and arrived at a lot of the same conclusions as my friend Mike Sessler. You can find results of the testing he did over on his blog.

I settled on the Ansmann 2850 AA batteries with the Ansmann Energy 16 chargers. These are the batteries Mike is using and also the brand Cirque Du Soleil and the Blue Man Group shows are using. A lot of other church techs also vouched for these so going into testing they were the strongest option.

Here are a few reasons for the switch: