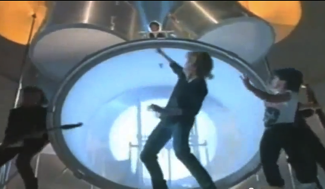 This post is largely in response to some questions Brian Morison asked in the comments on my last post. I met Brian a couple weeks ago when he was visiting North Point, and he had some questions about drums and the snare drum in particular. I get asked about drums a lot when people visit and have been accused of using samples at times; they’re all real by the way. I thought I did a post on some of this, but I couldn’t find it while searching so let’s see what Brian asked:

What snare do you all use with what heads? Short of me tuning the snare myself I haven’t been able to get the sound out of our snare that I have been chasing in my mind. Our snare is a Pearl Free Floating Maple 14″x6.5″.

Are you using the compressors on the desk, or plugins that add some color to the sound when compressing?

Is your eq different on the paralleled channel than your normal snare channel?

The snare drum isn’t very different for me from the rest of the kit in that its sound largely comes from the drum itself and the drummer hitting it. Like any drum, if it doesn’t sound good on its own and the drummer doesn’t know how to properly hit it, the drum will never sound good.

Justin Colletti recently wrote an article on the best snare drums for recording, and many of the snares on our stage are on his list. The top two drums Justin mentions–the Ludwig Supraphonic and the Ludwig Black Beauty– are probably my two favorite snare drums and popular on our stages as well. It’s said that the Supraphonic is the most recorded snare drum of all time, and I even personally own a 1969 5 x 14 Supraphonic. If the day ever comes when our drummers stop bringing great snares, it will find its way to our stage.

On my side of the drum sound equation, the snare in my mixes is generally a blend of three mics. My main mic is a Shure Beta57 close mic’ed on the top of the snare. Then I’ve got my overhead mic which is currently a Rode NT4 serving as a kit mic. Finally I have a mic under the snare which has been a Heil PR22 for probably the last year or so.

Mic positioning is absolutely critical on drums, and a big part of the sound for me. I learned this as an intern pushing mics around in the studio while my boss told me where to move them. The best bet to learn this for yourself is to start with one mic–probably the top snare mic–and just move it around slowly while listening to how the sound changes. When it sounds the way you like or at least as close as you can get, that’s where you lock the mic off. But as you’re moving the mic around, make mental notes as to what happens to the sound in that position because you will learn trends over time. If my first mic position isn’t quite right, 99% of the time my second one is because I know how to move the mics. It’s better than any EQ.

As for compression, I’m usually doing 3 dB of compression at the most on the top mic. My compressor of choice is typically the Waves CLA-76, although lately I’ve been using the Waves SSL E Channel. I was demonstrating compression to someone the other day using the VENUE’s channel comp, and it works good, too. The trick with any compressor on the snare is to play with the attack so you don’t destroy the transient or else your snare won’t have any punch ala most mainstream major label releases from the last 10-15 years.

In terms of EQ, I’m usually not doing much on the snare. In general I typically cut in one of two frequency areas on drums: 300-500Hz for boxiness or 700-1000Hz for honky or ringy things. If I need to cut in both places, it’s usually a problem with the drum, the mic, or the mic placement. On the snare I might do a little lift around 5kHz and also maybe 9-10kHz to bring out the crack/attack a bit, but this is largely dependent on the drum and where I settle on my overall blend of mics. For example, my bottom snare mic usually has a lot of the upper-mid attack stuff so I might have plenty from that. I might also do a little lift somewhere around 100Hz on the top mic to give it some weight and meat.

I use parallel compression on the drums pretty much every time I’m mixing. The compressor has been the Waves H-Comp for a while now, and I follow it with a Pultec EQP-1 EQ. I’ll mention this again because it’s atypical from what most folks do with parallel compression. My compressor is generally only compressing about 3dB on average and no more than 6dB; most guys slam the snot out of it, but I never got what I wanted with that approach. The Pultec is usually boosting around 5kHz and somewhere down low either at 60 or 100Hz. I don’t futz with this that much.

I think, in general, the sound of the drums in my mixes took me a lot of years of experimenting with different mics and different compressors and blends of all of it. But after all of that I just got to a place where I liked things better when I wasn’t overdoing anything on most of the individual pieces. I have a sonic image of drums burned in my skull from years of listening to records, and that’s really what I’m chasing after.

Sometimes a big part of why my drums sound the way they do is simply because of where I put them in the mix, and that also comes from the records that have influenced. For example, go listen to Born to Run off Springsteen’s Live 1975-85. When I first got into Springsteen back in high school I probably listened to this at least 1000 times, and that’s not exaggerating. It’s impossible to listen to something that much and not be influenced by it. With that in mind, go listen and tell me what’s louder: the vocal or the snare.

A big issue I hear in a lot of mixes is guys just lose their nerve to turn the drums up. So here’s something I’ll do from time to time. I’ll get the vocal up as loud as I want it, and then I bring in the snare at the same level or just a little bit above it. Then I’ll build the rest of the kit mix around the level of the snare. Drums have been in the foreground of popular music since the days of Motown. Go ahead and turn ’em up.

My best advice for getting started with good drum sounds is to go through your music collection and find your favorite drums. Listen closely to what makes up the sounds. Does it sound like the mics are right on top of the drums or somewhere in a room? Is there a lot of reverb or are things dry? Are the drums boxy and dull? Are they punchy? Are they crisp? Listen to them and chase after the sounds. Figure out who recorded and mixed those drums and start digging around on Google to find out how those records were made.

Now, if your music collection doesn’t feature anything recorded before the year 2000, here are some places to start: