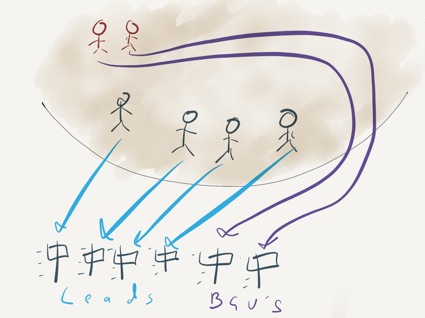 Right now I’m in the process of getting ready for a conference we’re putting on in a couple of weeks, so my brain has been occupied with that and little time for posting. But something popped out at me while I was watching NBC’s concert/telethon for Hurricane Sandy on Friday night.

Maybe 1/4 of the way into the show, Jimmy Fallon, Steven Tyler, and the Boss came out to join Billy Joel for a song. As Jimmy Fallon stepped to the mic to sing the lead on it, there was no sound coming out of his microphone through my TV even though only seconds before Fallon had been talking into it. My initial gut was this hadn’t been fully planned, and a snapshot went awry. These things happen sometimes in live production, and I hope the mixer isn’t losing sleep over it tonight because I wouldn’t.

But this does bring up a great point when you’re walking into any live event. There are two things that are very important to me in regards to vocal mics:

Once I’ve laid out a stage plot or our singers have shifted into their final spots on stage, I always try and make sure that my vocal mic channels are kept together and laid out in order from left-to-right to match what I see on stage. I also try and group these according to leads and BGV’s. For example, the lead vocal that is furthest on the house left side of the stage(stage right) will be the farthest left vocal channel on my console. Then I add additional vocals until I run out of lead vocals. Then I’ll position the BGV inputs again following their positions on stage relative to my perspective. This makes it very intuitive for me to grab the fader for a microphone because my inputs are laid out the way I see them.

This isn’t always enough, though, because singers can move around. Stagehands might put mics in the wrong positions on stage. Entirely wrong mics might get grabbed and taken out on stage. Etc. etc. etc.

In those situations, sometimes it can help to color code all the mics in use. This can be done fairly easily by wrapping the bottom of the mic in either a colored electrical or gaff tape. There just needs to be enough color visible to you wherever you’re mixing from. While this isn’t always aesthetically preferred, it can save you in a guerrilla situation where anything is likely to happen.

One Response to “A Quick Geography Tip”